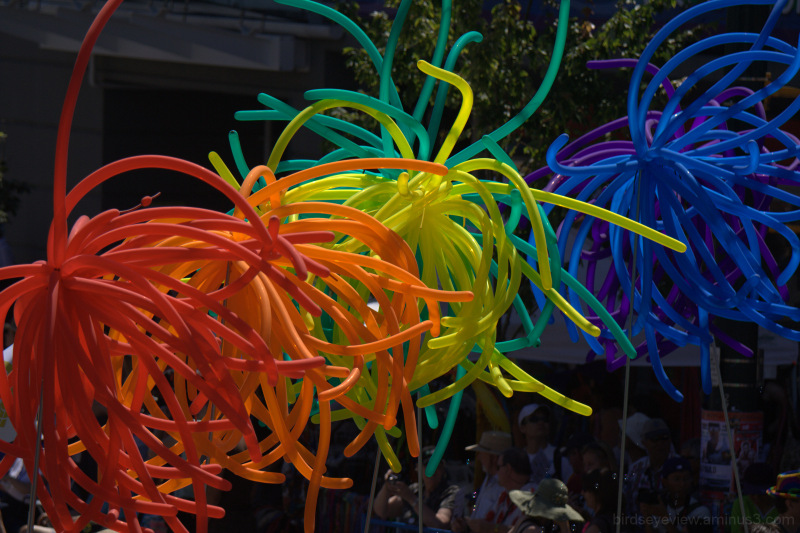 Posted by Ryan (Vancouver, Canada) on 5 August 2012 in Lifestyle & Culture.

I didn't take as many photos of the parade for two reasons this year. First, I was invited to a terrific location with great people and lots of booze. I had a decent view of the parade, though not the best for photos. Second, the parade is held at midday, a terrible time for photos, especially from a distance. After last year's disappointment, I didn't care enough to line up for a spot to capture photos. This year's parade was better, with more groups, but still lacked some spirit (at least according to me). Still, there were lots of rainbows, and that's always nice.