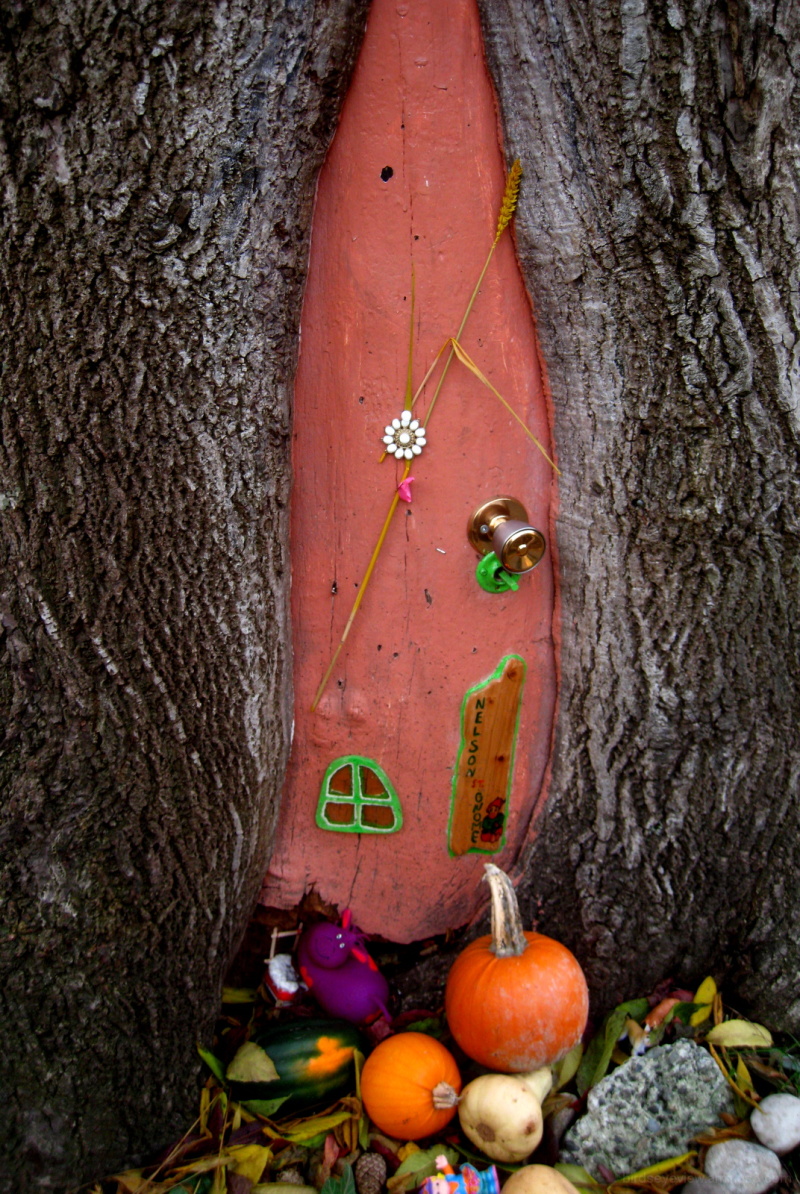 I haven't looked in on the Nelson Gnome for some time, and while his home seems to be festooned with decorations for Halloween, he isn't around. A purple dinosaur-like creature and a possibly female gnome fallen by the wayside seem to have taken over.

I saw some kids out trick-or-treating today. I guess it's probably the same when I was a kid, but I'm rather shocked at the amount of store-bought costumes out there. Even Value Village, a mecca for homemade costumes, now seems to depend way more on pre-fabricated costumes than they used to, but maybe that's just my perception. I don't think I saw one homemade costume today, which was disappointing. It was pretty much the same at the bar on the weekend, so I shouldn't expect so much. I guess Taiwan spoiled me - not the kids, they bought all their costumes, but the teachers, who very often put loads of thought and effort into their costumes. Well, it just strengthens my resolve to continue making my own costumes and costumes for my future kids as well.

Also, on a similar thread, Chris was volunteering at a school today and remarked on the number of costumes with muscles sewn/built into the costume. Even a five-year-old dressed as a police officer (store-bought costume) had a big, muscly chest and arms. Kinda weird, she said, all these built kids walking around school.