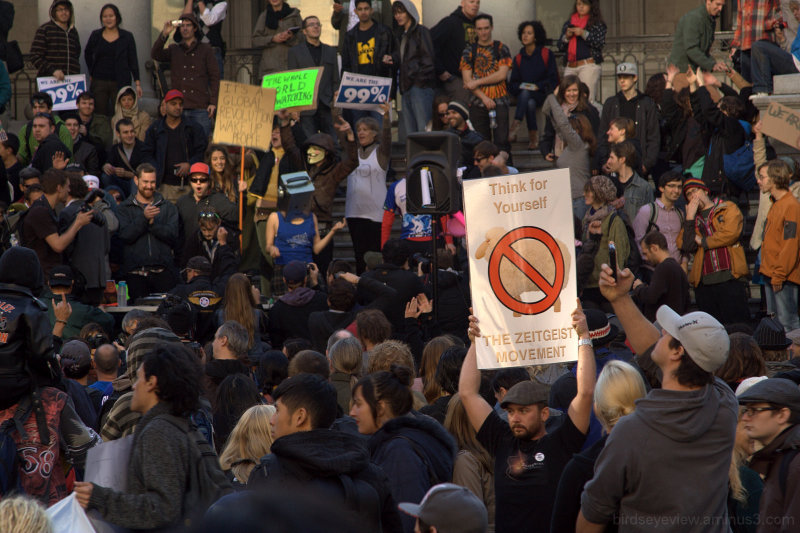 I stopped by the protest after my class to see what was up. I couldn't stay long, but wanted to see what it was like. Lots of interests, quite a few signs from college grads about not being able to find a job or from people in general about high rent. Apparently Donald Sutherland even made it out - I saw a picture of him later on. While I couldn't stay for the whole group meeting, I think that at its core, the protest is not blunt and unfocused, as the media seems to paint it. The core is social injustice, about how those who have become successful forget that they did not do it all by themselves. They were smart people who built on the backs of others - they used the roads, the airports, the electricity, the healthcare, and other common goods that all of us pay for. In fact, they may even use more. People just want a fair share paid back. That's how I read it, anyway.