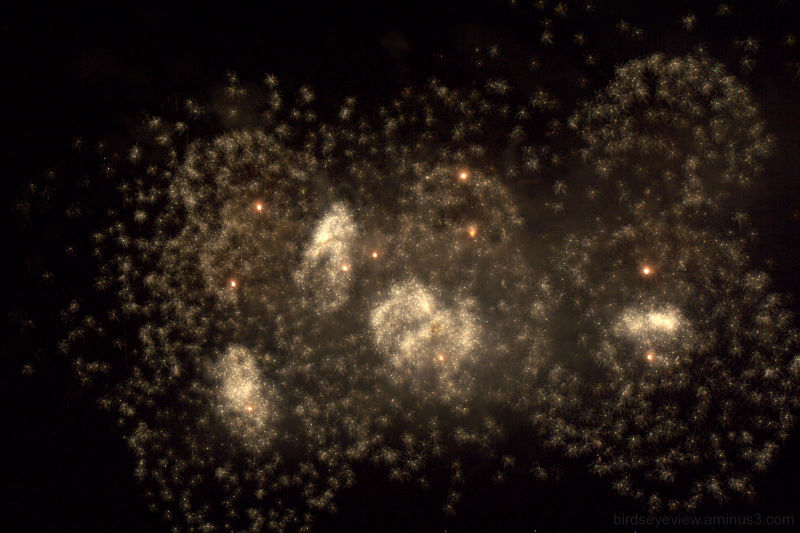 Posted by Ryan (Vancouver, Canada) on 6 August 2011 in Lifestyle & Culture.

Tonight, after a day of blueberry picking and preserving, we took in the last show of the Celebration of Light. It was Canada's turn, being the host and winner of the 2007 & 2008 competitions. We finally got to hear the whole soundtrack, as someone near us had a radio turned up for all to hear - it's even better for enjoying that way!

They announced the winner shortly after - China! I figured it was a good win, though Christine felt that Canada was the best. We're already looking forward to next year and we can see why the Celebration of Light is what people think of when one mentions fireworks here.