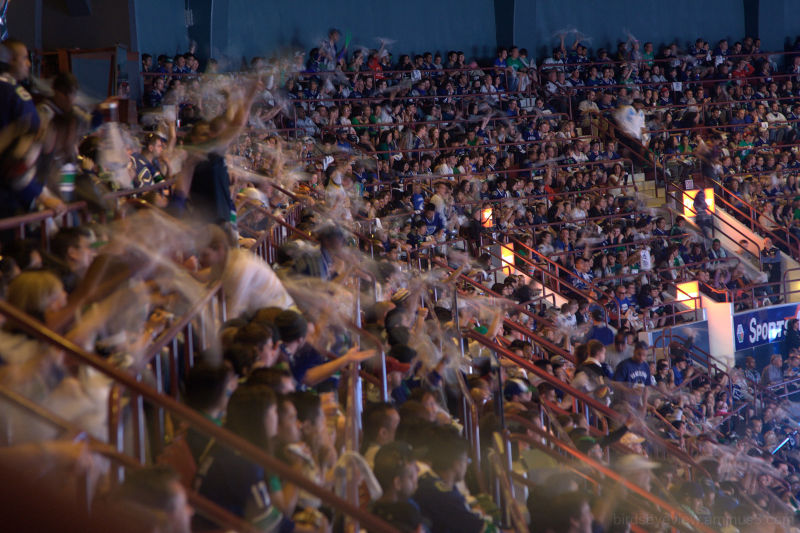 We went to see a hockey game on the monitors at Rogers Arena tonight, home of the Canucks, while they play in Boston. It was not the best game to see, as the Canucks lost 8-1. The arena was hemorrhaging fans in the last minutes, as the game was long over. This was taken after a particularly good save - the only time everyone waves is after a goal.