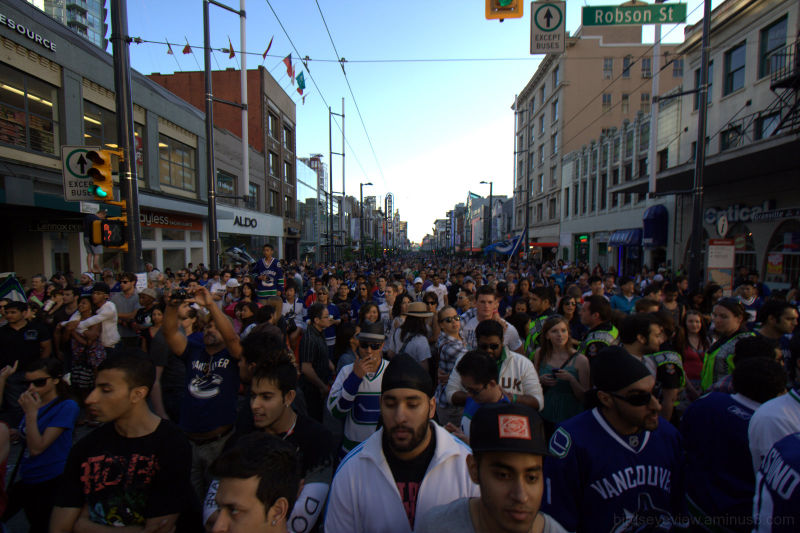 We hustled down to Granville Street, the home of big parties in downtown Vancouver, just in time to catch the game-winning goal just as overtime started. The partying was quite loud and exciting, but there were no incidences of violence or rioting, which made the police quite happy. Speaking of the law, we saw nothing but great work done by them, high-fiving fans and quite a few smiles. People tended to respect them as well - good news for everyone. Even though the game finished not long after eight, the noise didn't die down until midnight or so.