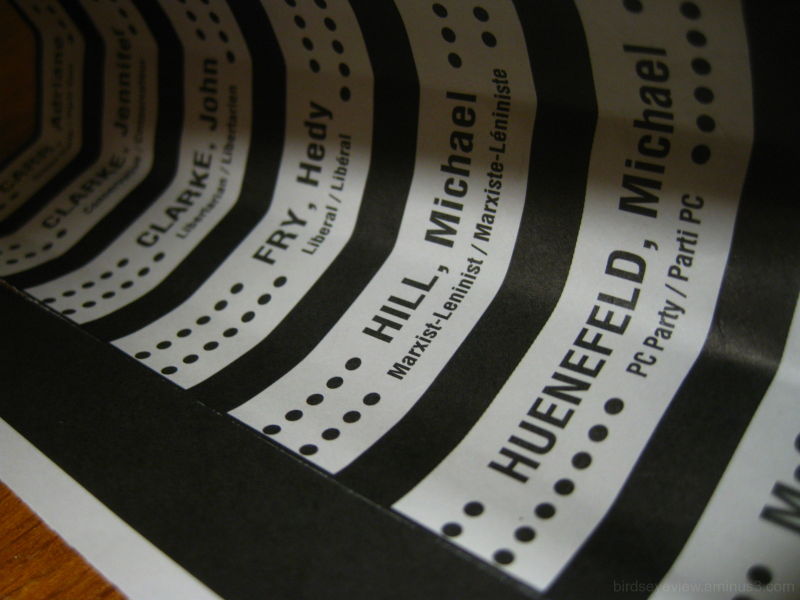 This is actually the first federal election that I've voted in, nearly 14 years after becoming eligible. I've never been home for an election tried while being abroad, but the votes have either never arrived or arrived too late, and I was in Ottawa and too lazy or stupid to get a vote for the one election that I was in the country for. I hope a lot of people get out for this one.

There were some odd choices on my ballot, parties I didn't even know were in Canada. The Pirate Party? (Digital rights) Communists AND Marxist-Leninists? Libertarians? There's even still a Progressive Conservative Party still, even though I thought they had shut down or were absorbed. Interesting, anyway!