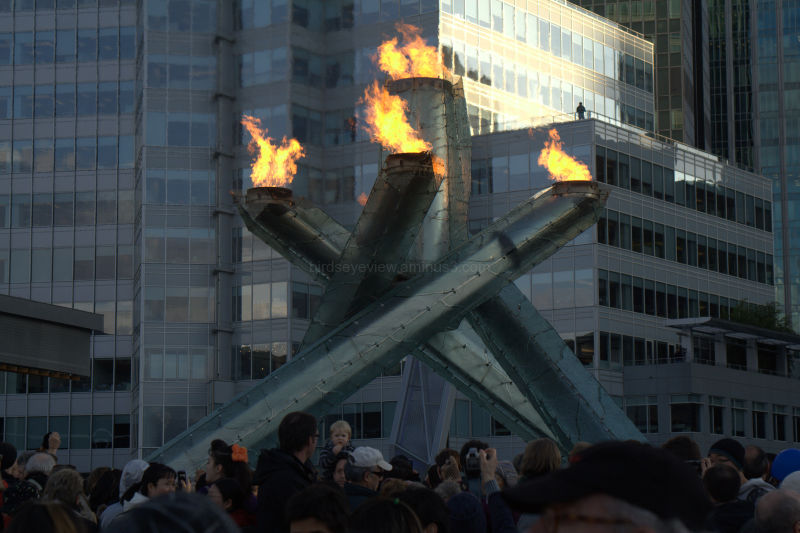 Posted by Ryan (Vancouver, Canada) on 6 April 2011 in Architecture.

Today was the official celebration of the 125th birthday of the city of Vancouver. We went down for the ceremonies which included a lot of First Nations dancing and singing (as a fair bit of Vancouver is actually on leased First Nations land), the Vancouver Bach Choir (who were under-micked), and a giant cake with parts made to look like downtown Vancouver (too much crowding for a picture). It was interesting, though, and we got to see the Olympic Cauldron lit up, which was pretty cool.