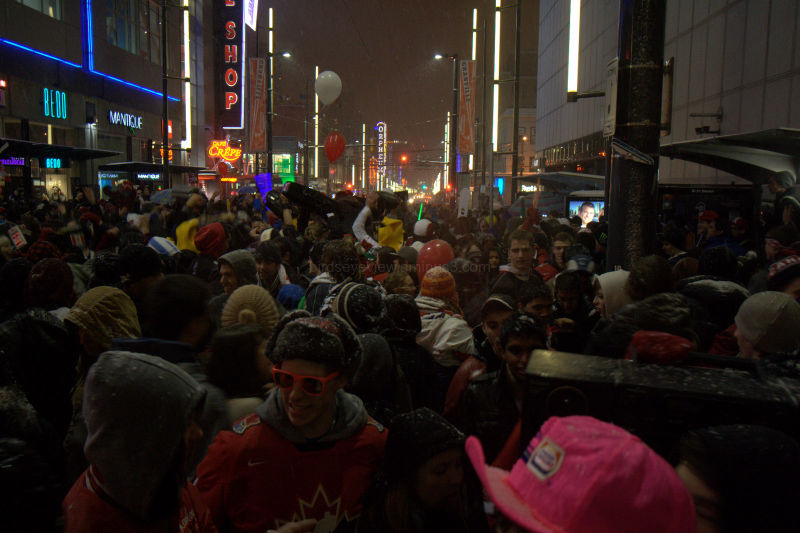 We headed downtown to check out the Olympic anniversary party tonight. It was mostly a bunch of younger citizens happy to be able to drink freely outside. One of the radio stations in town was broadcasting, so there were tonnes of people carrying boomboxes of all sizes. Oddly enough, there were also lots of people dressed in banana suits and no one I've asked seems to know why. It was fun to walk through, but as it was snowing heavily and we weren't drunk, we didn't stay too long.