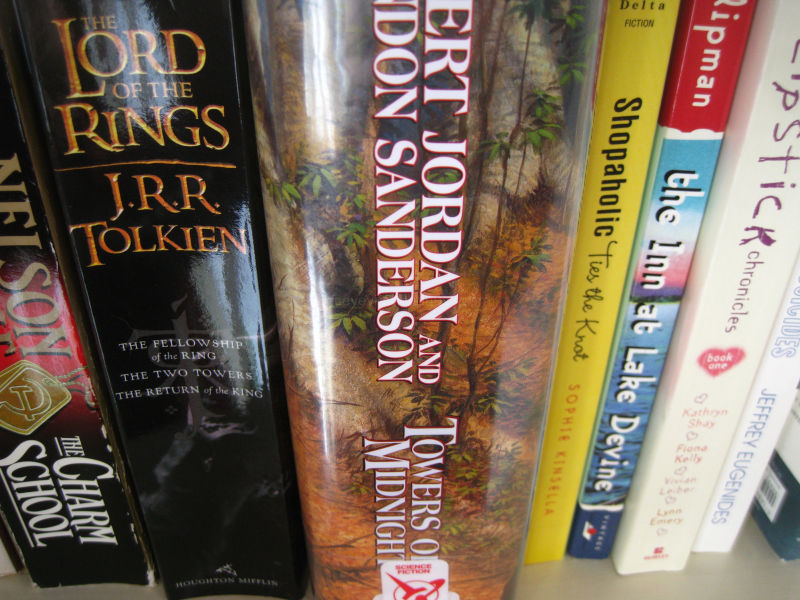 I got my paws on the newest Wheel of Time book yesterday and I don't really want to do much except read it, so you get books. As you can see, this is a rather thick one, like all the others in the series. Chris and I read the rest of the series while traveling, as it was something engrossing and something we were both interested in. Somewhat unfortunately, we had to leave the books behind as we traveled, so if we want to read them again, it's a whole collecting process. Or the library!

This one is the second-last and the last one isn't due until the end of this year. It's going to be fantastic!