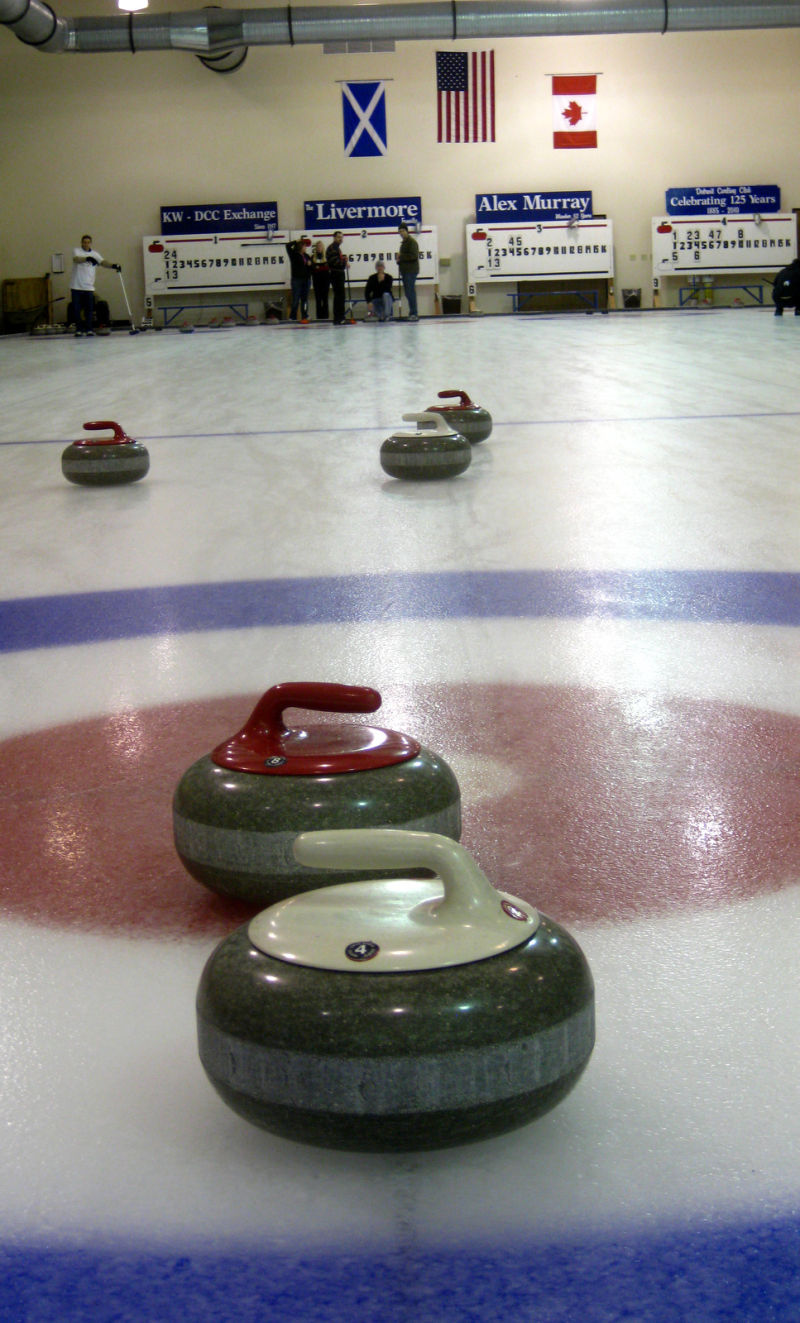 Posted by Ryan (Vancouver, Canada) on 23 December 2010 in Sport & Recreation.

We went curling today with some old high school classmates of Chris's. It was her first time out ever and my first in a while. I got to skip, as I was one of only two people who had played before. It was a lot of fun with a minimum of falling, though our game ended up in a tie. Everyone had fun, though - hopefully it'll get some of them involved in the future. I saw something the other day saying that at current rates of child sport involvement, curling will be as popular as hockey (or vice versa) by 2050. Go curling!