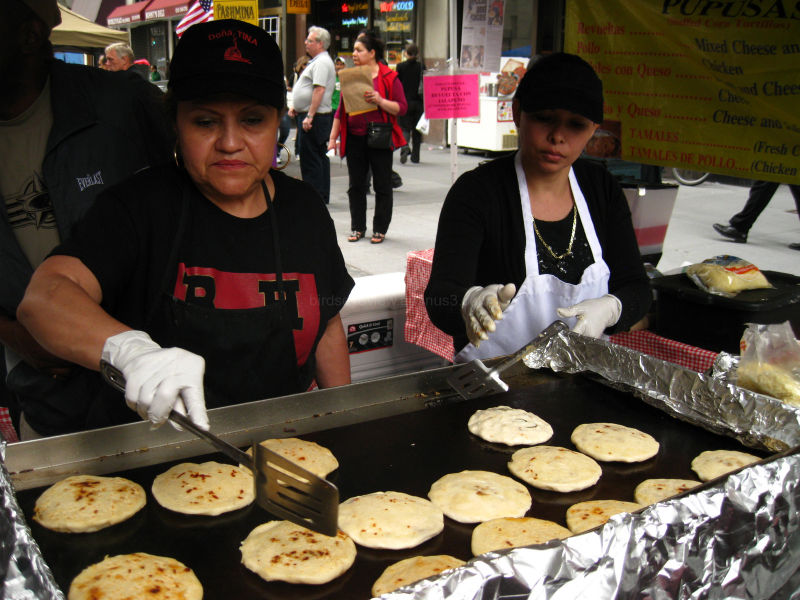 We took a trip downtown to see what the Pushcart Festival was all about. There were a couple of interesting food carts, but that was about it. It was a little disappointing. We did have pupusas, a kind of white cornmeal tamale from Central America, similar to ones we had learned to make in Taiwan from a Salvadorean friend in Taiwan. These were OK, the Taiwan ones were great, but homemade vs. busy lunch cart is not a very fair comparison.

There was also a decent-sized protest by high school students half a block away - the NYC metro has decided to stop giving students in the city free metro cards to get to school. This would be like discontinuing bus service in a rural district and it's especially puzzling as they've recently said they want to bring down truancy numbers. By impeding students from attending school? New York has some big political problems these days.