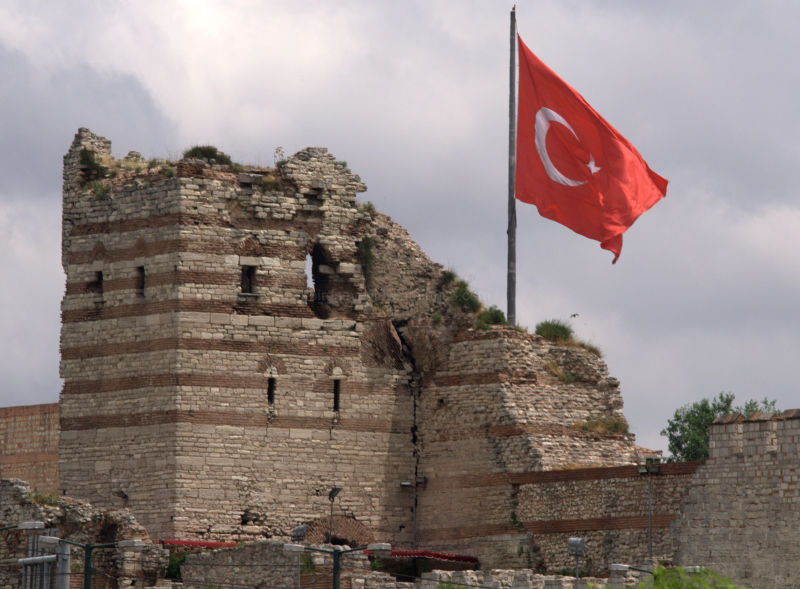 Posted by Ryan (Vancouver, Canada) on 2 June 2010 in Architecture.

This wall has been around since the 5th century and has only been broken once - when the Ottomans stormed through with a giant cannon in 1453. Up close, it was easy to see how they were such powerful deterrents to invaders. Some towers had been restored and some were left to rot, but they were still impressive. This had been on my radar ever since we first landed, as I had been absolutely taken by the 12 Byzantine Rulers podcast a few months ago. It's worth a listen, and it was pretty awesome to imagine the siege going on right here.