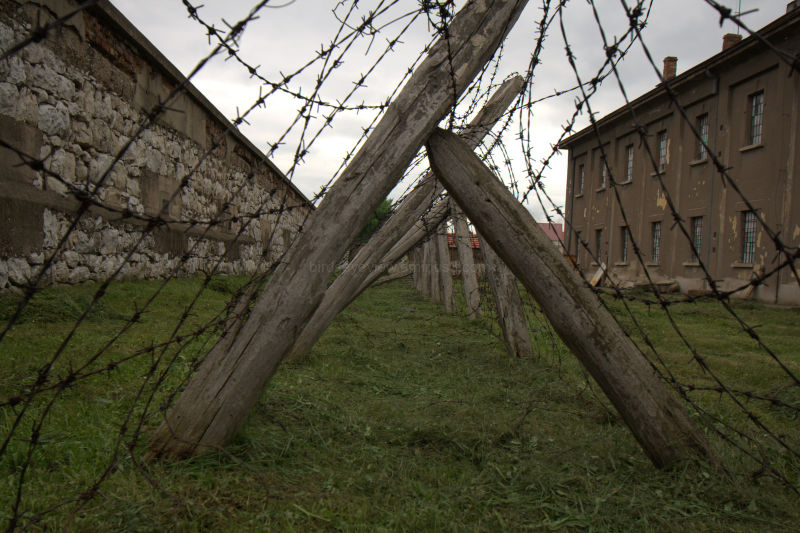 a day in serbia

We arrived in Serbia last night, since it was just a three-hour trip from Sofia. As we are couchsurfing our entire last two weeks in Bulgarian and here, the guy who we're crashing with knew all the sights and directed us to here, one of the most south-eastern of the concentration camps. It was my first visit to a camp, and it was about as quietening as you might imagine it to be. 30,000 people passed through the grey, solid-looking building in the yard in the four years it was used as a camp.

There's actually a lot of history in this medium-sized city. It was the site of a big Bulgarian rebellion during Ottoman times in which the Turkish commander who won a Pyrric victory ordered the heads of the Bulgarians be cut off and skinned to be put into a giant tower in the middle of town - the tower still remains (with only a few skulls), but became a rallying point for the Bulgarians. Also, and this is not even mentioned in the Lonely Planet! - Emperor Constantine (the founder of Constantinople) was born here and built a palace here after he was crowned. Lots to see and learn here.