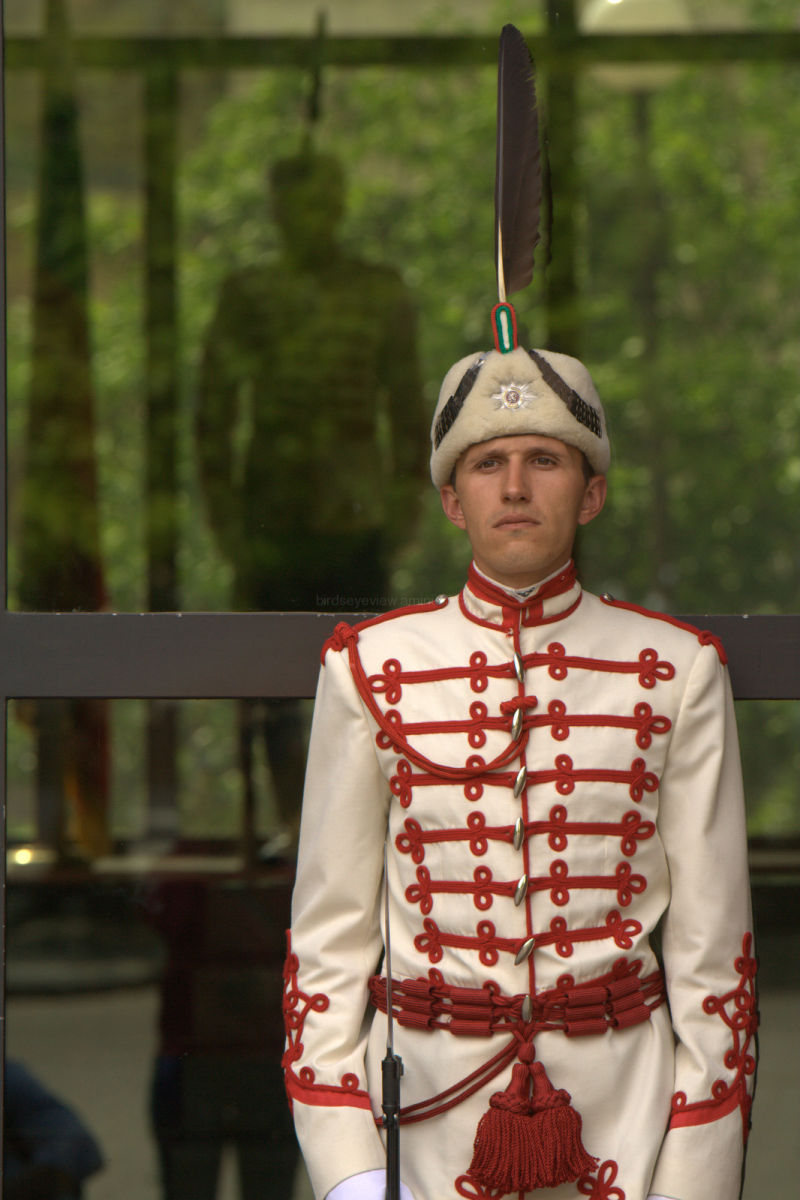 Well, we arrived in Bulgaria safe and sound and after some organization, got out to see some of Sofia, the city that feels like a town. Though it's a city of a million people, it feels smaller, as none of the buildings are more than seven stories or so. It's kinda weird.

These guards were stationed near the archaeological museum (but not the same building), but I can't remember who they were guarding exactly.