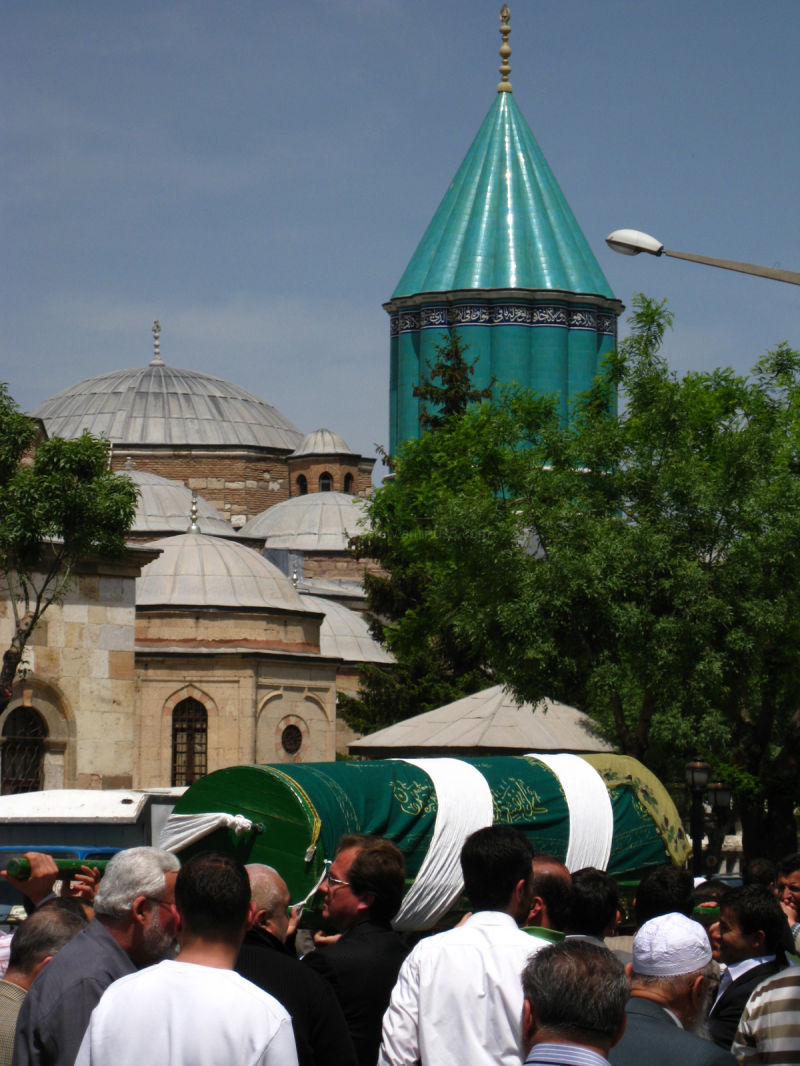 a funeral and a tomb

We're in Konya now, the home of the Mevlana order of Islam, more famously known as the whirling dervishes. Tomorrow will be our third viewing of them, and I'm anticipating it to be as different as the first two were from each other. We checked out the museum today, which I had hoped would enlighten me on the Sufis, as they are also called, but it was more of a shrine, containing many old possessions of Rumi (the order's founder) as well as his tomb (it's directly under that photogenic teal tower). No photos inside, however. Too bad, as I would have loved to show the tightest-knotted rug I think I've ever seen or the prayers written on a grain of rice or many other treasures.

As we were leaving, a funeral came out of the mosque next door and the men were passing the casket along, hand over hand, over to the final resting place in the cemetery across the street. Chris and I had a short debate afterward about whether this was a special honour for a man, or a special man, or any person. Would a woman get this kind of honour? (Probably not.) Would she get a decent burial? Islam really is harsh on women, harsher even as men are the ones who make the decisions and laws and calls from the Koran. Not a religion Chris interesting in converting to right now. Nor I.