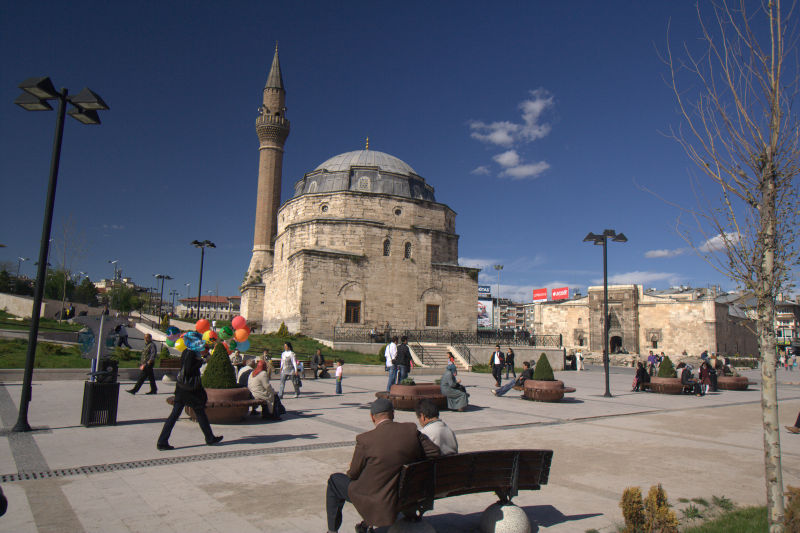 We made it into Sivas today, and after a little anxious room-searching, we walked about the city for a while, admiring the ancient architecture plunked right down in the middle of the city - the ancient mosques; the two madrasahs - one built by the Seljuks, the other by the Mongols after they took over 50 years later; and the building where the Sivas declarations, the one that declared Turkey its own country, was signed.