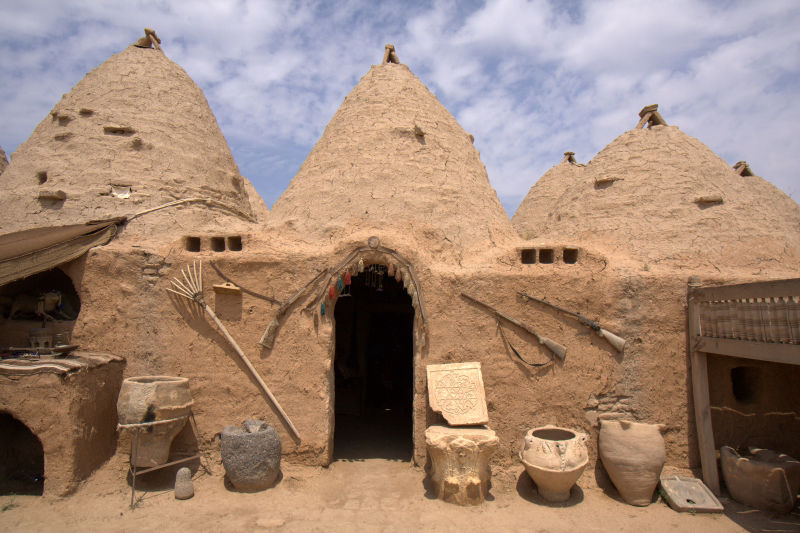 Posted by Ryan (Vancouver, Canada) on 30 April 2010 in Architecture.

We took a trip south to one of the oldest continually-lived-in settlements in the world. Harran is mentioned in the Bible - it's estimated to have been lived in for 8000 years straight by now. Home to a crumbling castle, a field full of cut rocks that used to be part of a massive wall, and part of what once was a towering brick minaret and 10,000-person mosque, there's ample evidence of the capital city that once stood proudly here.

The beehives are more recent. They were first built some time ago, when the first Christians lived here, but nothing made of mud lives forever. These are mostly from the last 200 years, but they still make sense and work: cool in the day and warm at night; connected to others in the same complete; and of course, ways to arrange everything just right. They were neat to walk through. I again began imagining what life may have been like back then.