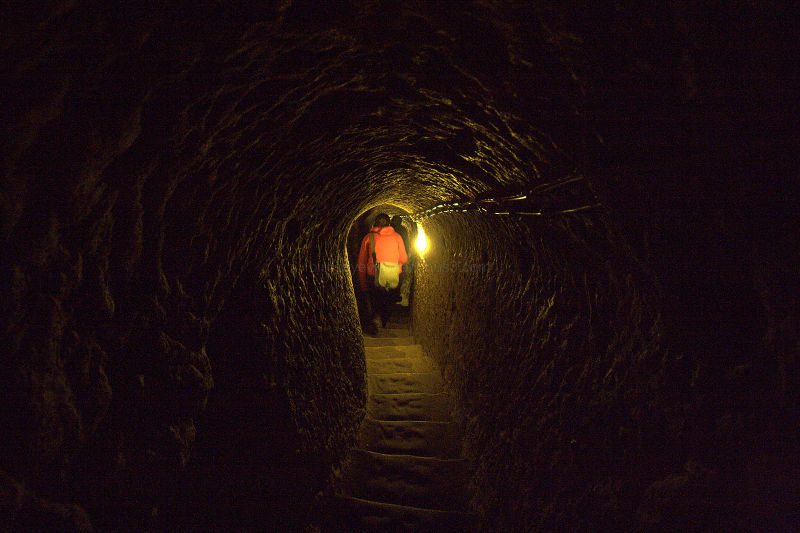 Posted by Ryan (Vancouver, Canada) on 23 April 2010 in Architecture.

We took a tour today to see some of the more far-flung sights in the area. At last, the sun had come out, so we wanted to take advantage of it. One of the major stops was at one of the 256 underground cities in the region, built by Christians to avoid marauding Romans before Christianity was sanctioned by Constantine I. No one knows how many there are in total or how many people used to live in them, but they were built for defense and living for long periods of time. They also went quite deep - we ventured down to the 8th level of this one!