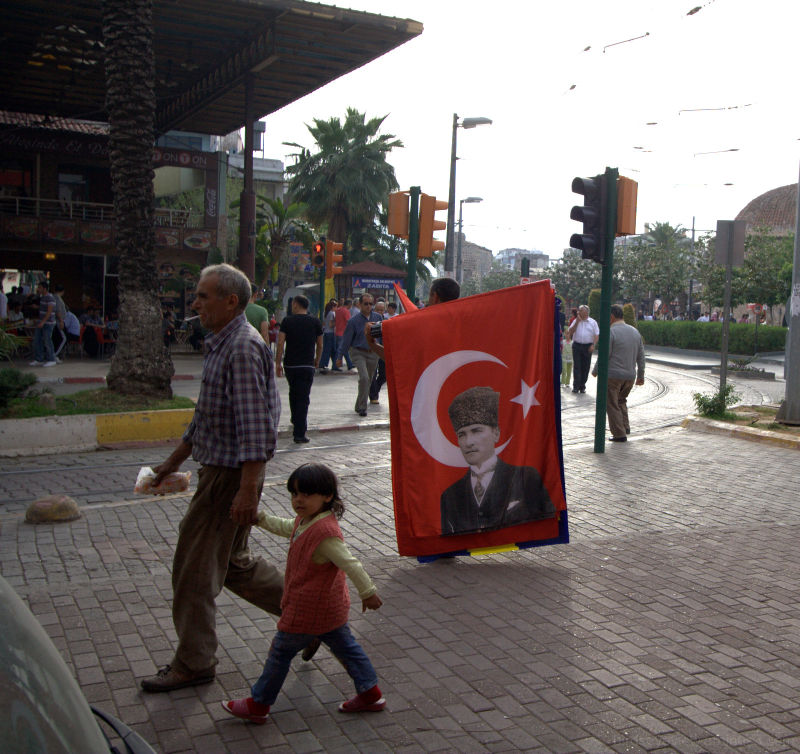 We had a day to kill before we caught a night bus tonight, so we enjoyed a Turkish bath together, then I went wandering off towards the cemetery, continuing our interest in graveyards of the world.

I took this while leaving the Old Town area because it shows a wee bit just how much Mustafa Kemal Atatürk is still present here, 72 years after his death. As the father of the nation who led the War of Independence against the British, French, and Russians drooling to divide up the spoils after the fall of the Ottomans, Atatürk is an untouchable icon here in Turkey. It's actually illegal to say negative things about him, and youtube is blocked because it has movies on it that say bad things about him. In fairness, the man was amazing and gentle-handed in a time that brought about Stalin and Hitler and Mussolini. He rallied the nation to fight for its independence (and fought himself), created the Turkish language, ruled the new country until his death, and performed countless thousands of other small deeds that set the foundation for what Turkey is today. Not many leaders could say that they've done a tenth of that. His portrait is everywhere, especially on national holidays, and he is still revered as the epitome of Turkey.