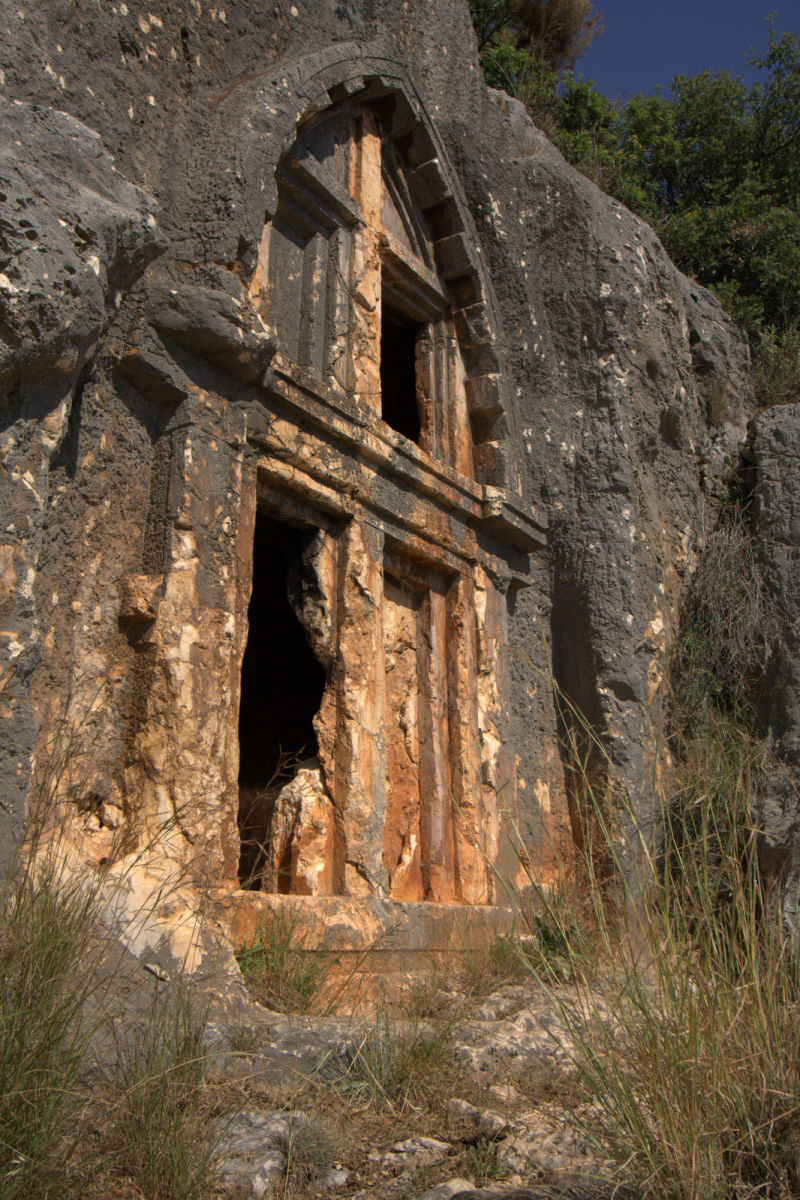 lycian tombs and feeding oneself

Posted by Ryan (Vancouver, Canada) on 16 April 2010 in Architecture.

Chris relaxed while I visited some of the Lycian tombs in the area. They aren't as big as the ones a few hours down the road, and not nearly as huge as Petra, but they are an impressive achievement of the Lycians, who lived here centuries ago and made the best use of the mountains surrounding them as they could.

We also visited the local farmer's market that was in town today, just a block down from our hostel. There was a lot to choose from, and not just fruit and vegetables. Cheeses, olives, jams - nearly anything made by hand from something in this area was available. Turkey is one of seven countries in the world that can feed itself and still have leftovers to export (according the the Lonely Planet, though I can't find their source or the other six). Prices are higher than other countries we've been in recently, but I think it may be because the farmers don't receive government help. There is talk of meat prices spiraling out of control, but plant-based food is plentiful and delicious.