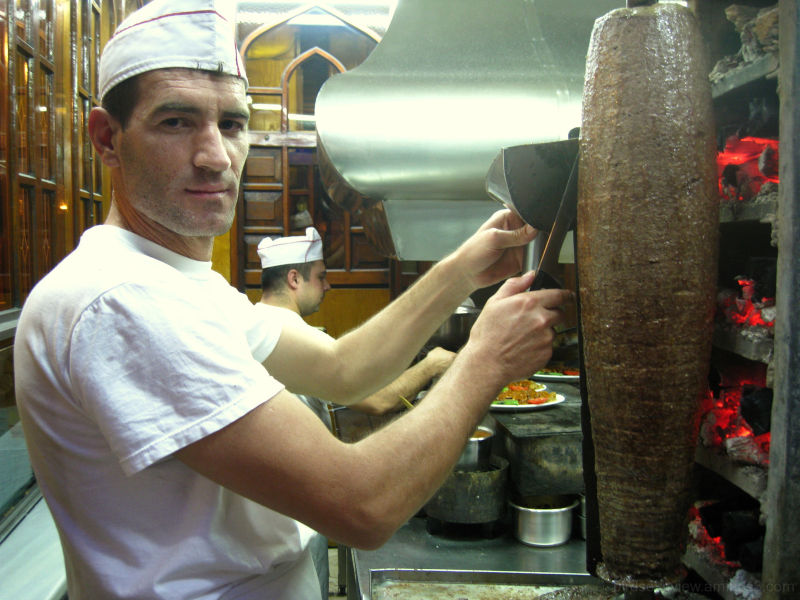 The kebap - the quintessential Middle Eastern dish, found in many permutations (the shwarma, the döner, the kebap, the gyro) - is said to have originated here in Turkey, and this restaurant claims to be the source of it all. Their founder was the one who turned the horizontal spit vertical, a secret taken by the Greeks when they were forced to leave after WWI and marketed worldwide as the gyro. The food here is top-quality - it's no coincidence that lesser-quality Iskender kebaps can be found pretty much anywhere in the country. They feed the sheep oregano, use fresh tomatoes for the sauce, and the butter they pour over the plate at the end is from somewhere very nice, I'm sure. It doesn't come cheap, but for a dining expense like this, the best is worth the price.