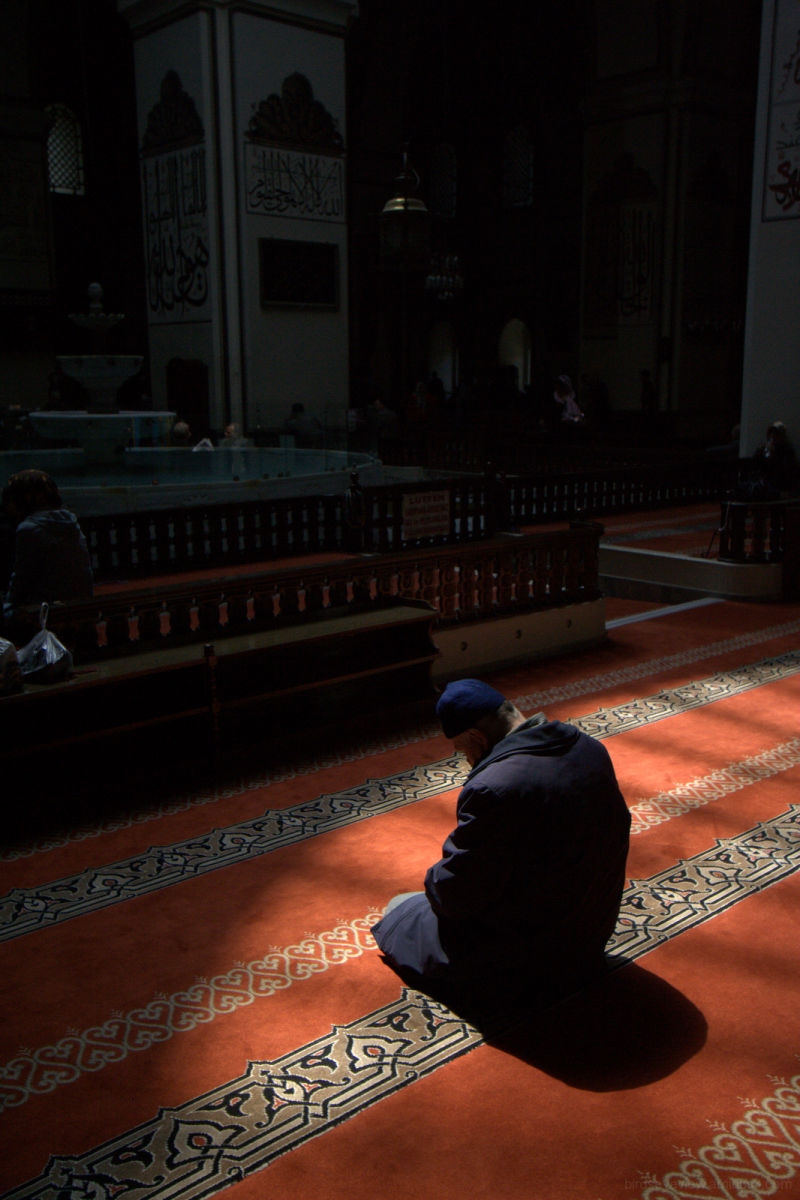 Today we went out with our hosts and their other guests to explore a bit of Bursa. We started in their market, which was much more pedestrian than the flashy tourist markets in Istanbul, making sure we hit the silk section where Queen Elizabeth visited two years ago. A short walk brought us to the main mosque in town, the Ulu Camii. It had gorgeous calligraphy on the wall and a fountain with a skylight overhead where there was a tiny house with an old woman when the mosque was built. She refused to give up her home, the story goes, and they built it around her, replacing it with a fountain when she died.

A trip to the Green mosque and nearby tomb that held Mehmet the Conqueror, the man who breached the walls of Constantinople and took over the city from the Byzantines. The tiles in the mosque are an exquisite green that no one has been able to recreate even up to this day. We wrapped it up by watching a parade of people in period dress from the Ottoman times recreate a military procession, as it was the annual celebration of Mehmet taking over Bursa. He supposedly had thousands of drummers precede his armies to strike fear into the hearts of enemies. There were only a few drummers today, but the idea and costumes were interesting. Quite a busy day!