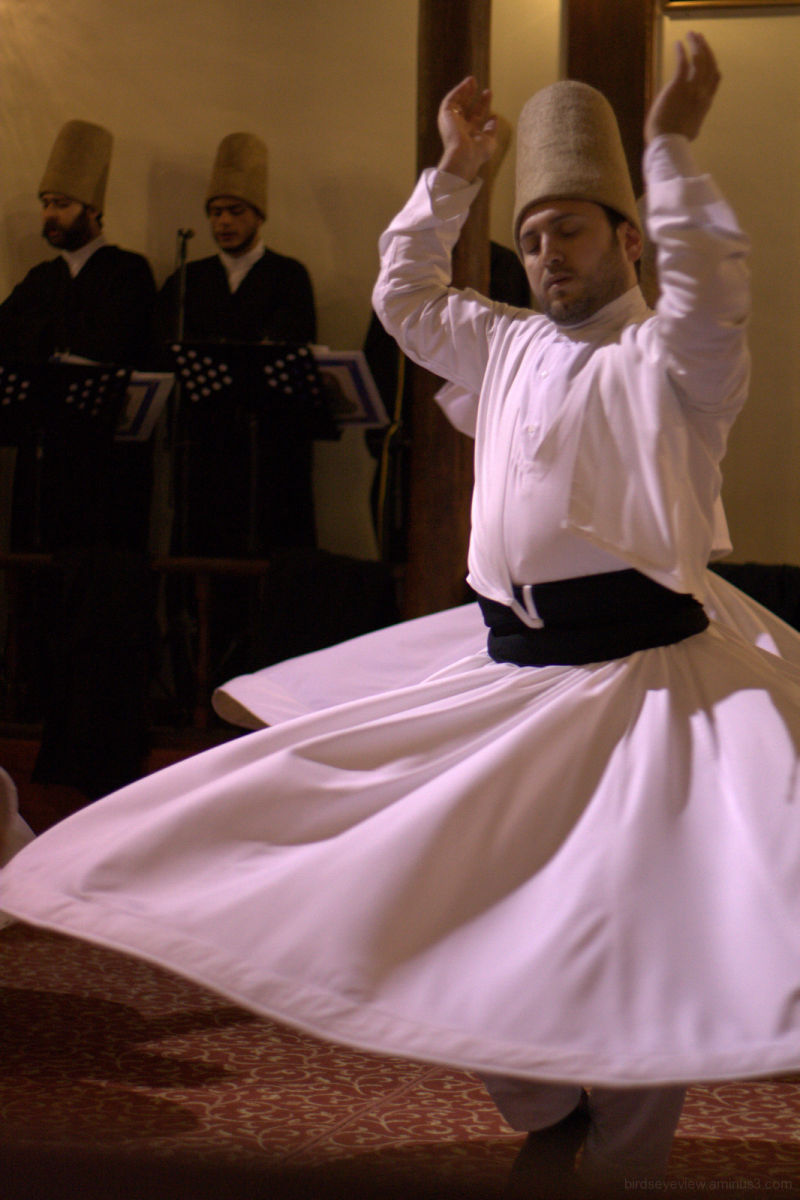 We left Istanbul (sniff) for Bursa today to stay with friends of Chris's mom and see the town with them and some other visiting friends and family of theirs. As soon as we got in, we were whisked to a restaurant for fresh, grilled fish that you eat with your hands, then off to the whirling dervish ceremony. The whirling dervishes are a Sufi sect of Islam, originating in Turkey just over 800 years ago. They communed with Allah through their method of prayer - spinning. This communion allowed them to avoid getting dizzy, as they just concentrate on the prayer.

This ceremony was very different from the show we saw in Cairo, and for good reason: while they invite you in here and provide everything for free, it is still a ceremony. Near the end, they did a bit of reciting that all the Muslims in the room knew the answer to and said it with them. There were no flashy colours (except for a new boy in red), just men and boys in white spinning for about 45 minutes without stopping. The hall was beautiful as well. The group running it had purchased it around six years back and completely renovated it from the edge of ruin with help from the government. Speaking of the government, the religion itself remains officially banned (under the law from way back with Atatürk), but it's still heavily encouraged as a tourist draw.