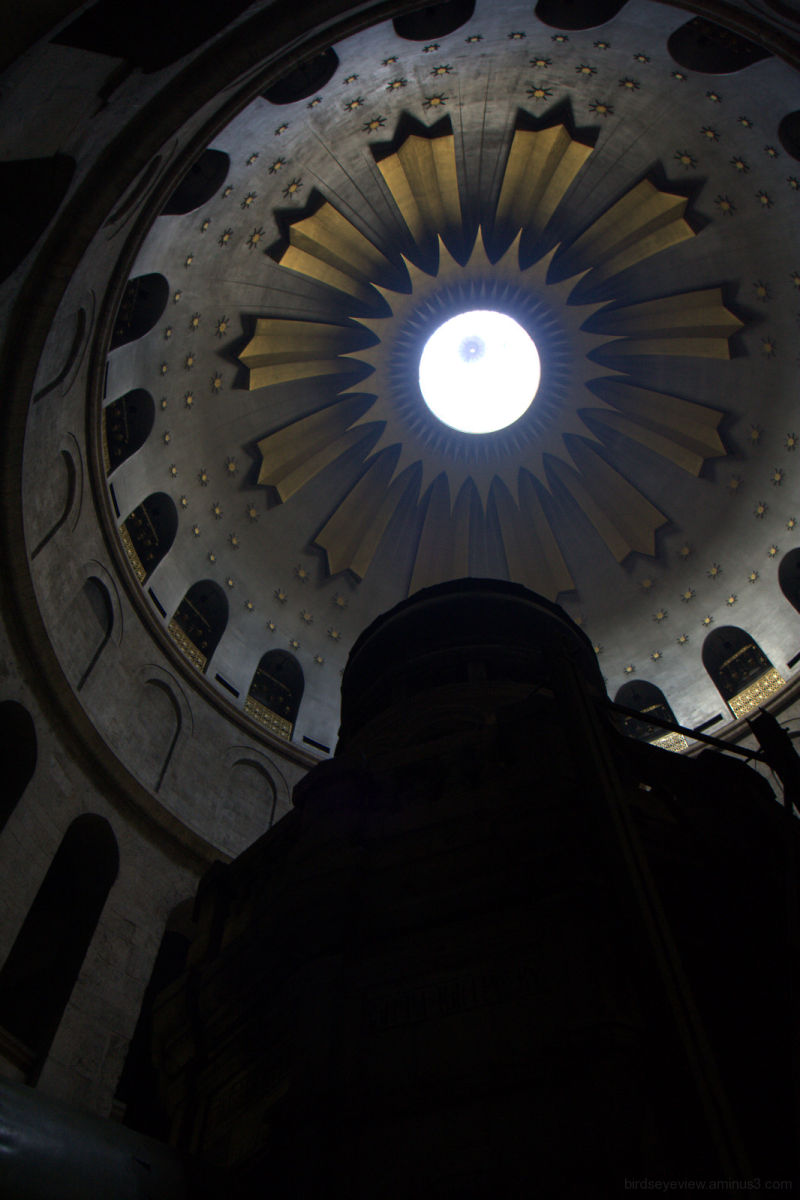 Posted by Ryan (Vancouver, Canada) on 19 March 2010 in Architecture.

We took a loooong day trip to Jerusalem today - the opportunity was there, so we figured why not (even though it was a Russian tour) - and saw numerous holy sites, includes the Church of the Nativity, the Wailing Wall, and this - the Church of the Holy Sepulchre, which contains Christ's burial tomb. I actually knelt down and touched the rock that was part of his tomb, as far as I can tell.

We also swan in the Dead Sea, which is as fun as swimming in an overly-salt-saturated sea sounds like. You really can't sink. It's pretty awesome.

The security was crazy, though - young Israeli soldiers everywhere, two hours of waiting and checks and lines to cross into the country from Egypt, security weapons visible in a lot of places.