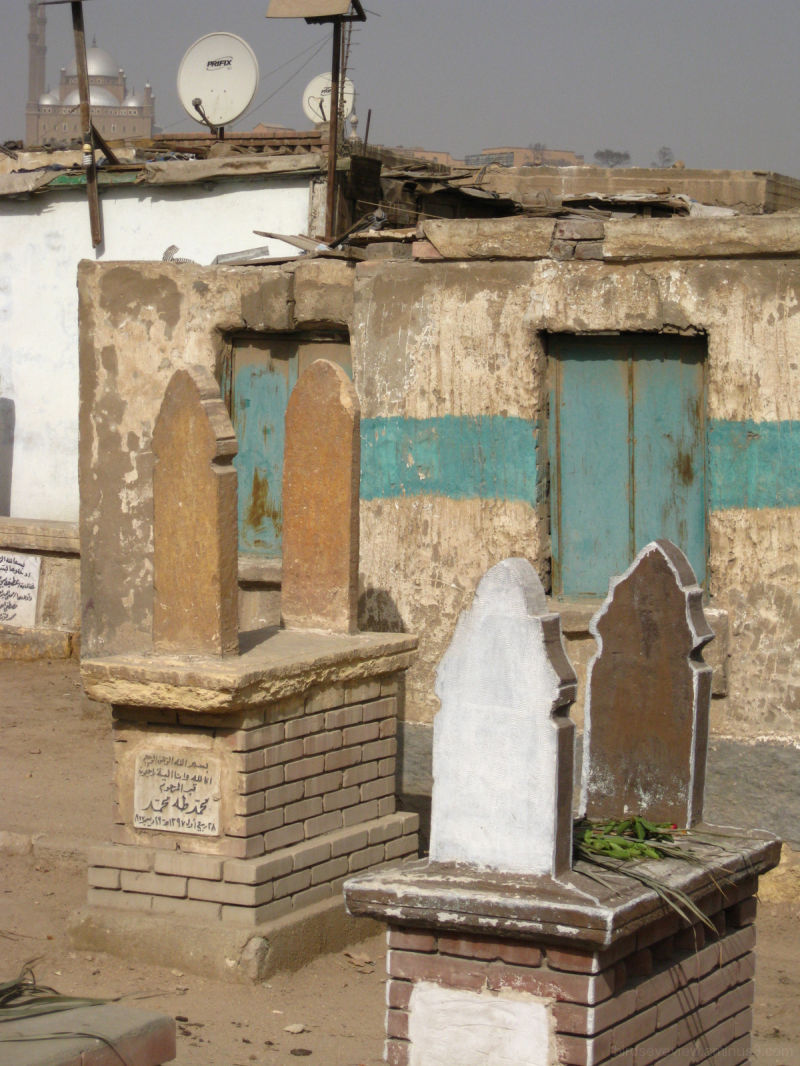 city of the dead

We made our last foray into Islamic Cairo today. We started by heading to the enormous Islamic cemetery known as the City of the Dead. The Lonely Planet was not much help (in listing it, it gave the Arabic word for 'cemetery' only, instead of a name. Luckily, we had a sharp, helpful cabbie), so we got ourselves our there eventually. Luckily cabs are pretty cheap. This cemetery was quite different from any we've yet seen - there are rooms in the tombs for people to live in. Sometimes it's family members, keeping watch or having a sort of wake for dead relatives, but some of the city's homeless live here as well. Some of these places are even permanent residences, though I don't know for whom exactly. As you can see, they sometimes even have modern conveniences - water, electricity, even satellite dishes! It was also the holy day today, a good time to visit and see people having picnics and sitting at the restaurants on the edge (but still inside) the cemetery, laughing and playing with kids. Another interesting approach to death.

Afterward, we finally got a chance to see the Textile Museum. It was rather interesting, seeing the development of clothing from the Egyptians to the Coptic Christians to the Islamic world. It was almost like watching evolution happening, but in textiles - complexity developing, new ideas that work well blooming and replicating. A good day to leave the are on, all in all.