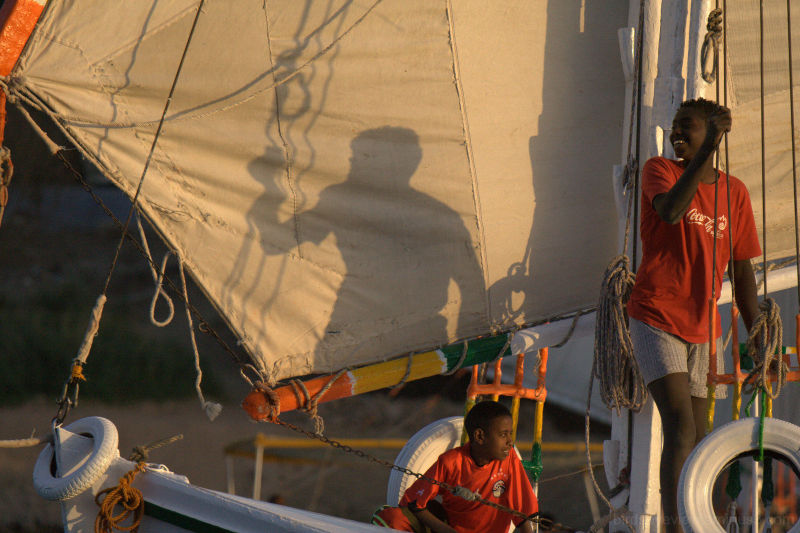 sunset on a felucca

Today we did absolutely nothing. We had intended to catch an early train up to Luxor, and I waited in line for an hour to be told that we couldn't take that train - not enough security. Instead, we sat around town until the afternoon, waiting for our train. I don't think I've ever had so much trouble going so small a distance - we even tried the bus, but all that was available was a dedicated minibus for three times the price. Ah well, it was a good chance to chill and catch up on our journaling. The picture is from last night.