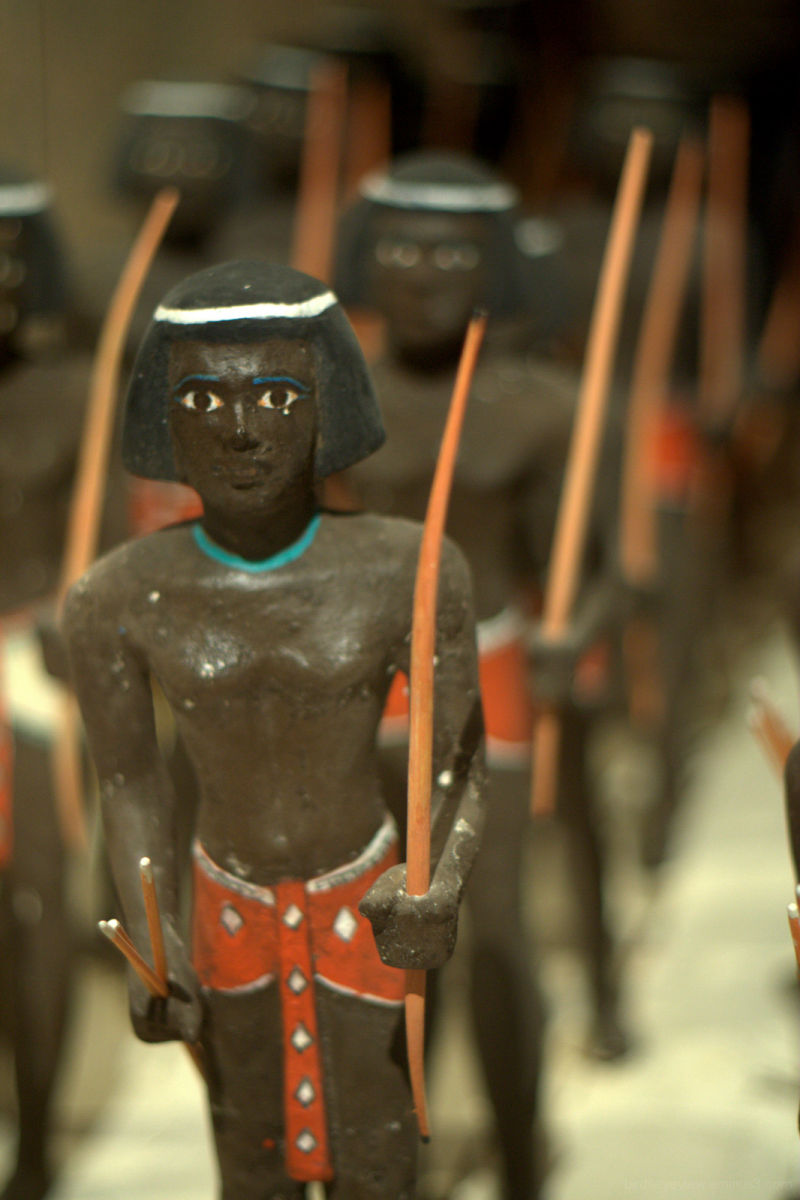 We found ourselves in Aswan this afternoon after an overnight train ride. South of Luxor, it's the northernmost point in what was, in ancient times, the land of Nubia. Accordingly, we visited the Nubian museum, home of many artifacts that would have been lost had they not been removed and placed here when the Aswan High Dam went in forty years ago. (This is the same dam that required the massive move of Abu Simbel, the iconic temple to Ramses II that you see so much of.) The explanations were a little complex (and boring) at times, but the museum itself was really well put-together with a lot of interesting stuff. It seemed that the Nubians did a lot that was the same as the Egyptians - makes sense, as they were really close and often fought into each others' lands. The Nubians actually were Pharoahs of Egypt for a century before being beaten back south, so influence flowed freely across borders.

We also visited a cemetery that was kind of like three cemeteries in one - one was a basic Islamic cemetery (did you know that Muslims are buried on their side facing Mecca? I didn't), one was an old Nubian cemetery (which looked basically the same as the Islamic cemetery), and some rather old and interesting tombs for imams and families, made from mud bricks. A guy with not much English showed us around, but not before naming his price in baksheesh before even letting us into the cemetery. At least he was friendly. :-}