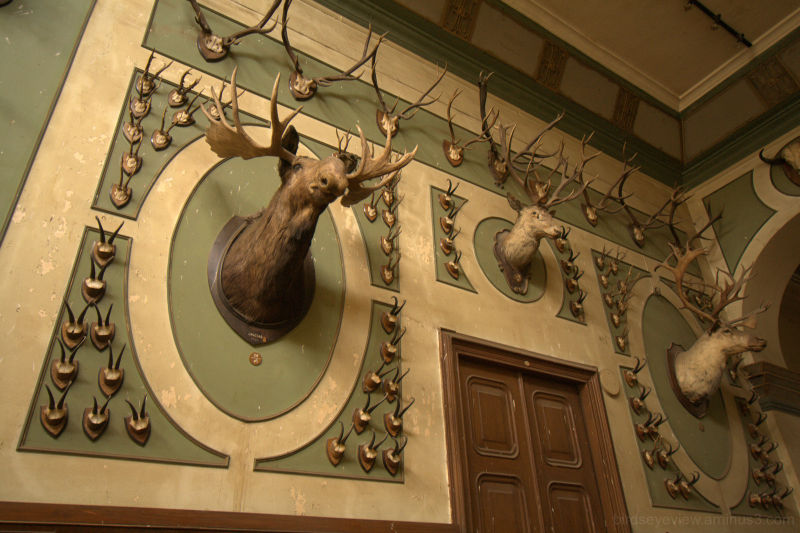 We went to the Agriculture Museum today after buying our train tickets to head down the Nile tonight. We only saw the first building, which had set-ups of typical rural life on the first floor and dozens upon dozens of stuffed or mounted animals on the second floor. It was cheap to get in (essentially $0.20 for the two of us), but every place we went, there were guards demanding baksheesh. It became so ridiculous that we left after the first building, we left the complex. Guards wouldn't leave us alone, pulling us into rooms that they had locked and now unlocked for us, rooms we didn't even want to go into, then asking for baksheesh and not leaving us along until we gave them something. One old guard just shuffled up to us and asked for baksheesh without doing anything, then shuffled off after a single rejection. This ultra-cheap museum was going to start getting expensive if we had to pay off a couple of guard on each floor of each building just to be able to look at things.

It may sound like an exaggeration, but it isn't. It doesn't help that this area is one of the biggest tourist draws in the world, but baksheesh is an Arabic country thing, not just an Egyptian thing. I don't mind giving a tip for good service, especially if it's a cultural thing, but there are times when people trip over themselves to find a way to obligate you to give them money. We've even had people do things like this, then complain about the amount of money given to them. One guy came up to us in a garden, gave us a couple of nice-smelling leaves he had in his pocket, told us their names, then held out his hand. I gave him a pound ($0.20), and his face fell and he started complaining.

It's hard to be angry, though, because wages are so low and poverty can be pretty harsh here. We try and be fair, but we also try and reward the good work more than the pointing. Split-second judgments don't always go the way you want, however, and it's impossible to please everyone. As usual, we end up stumbling our way through another different custom.