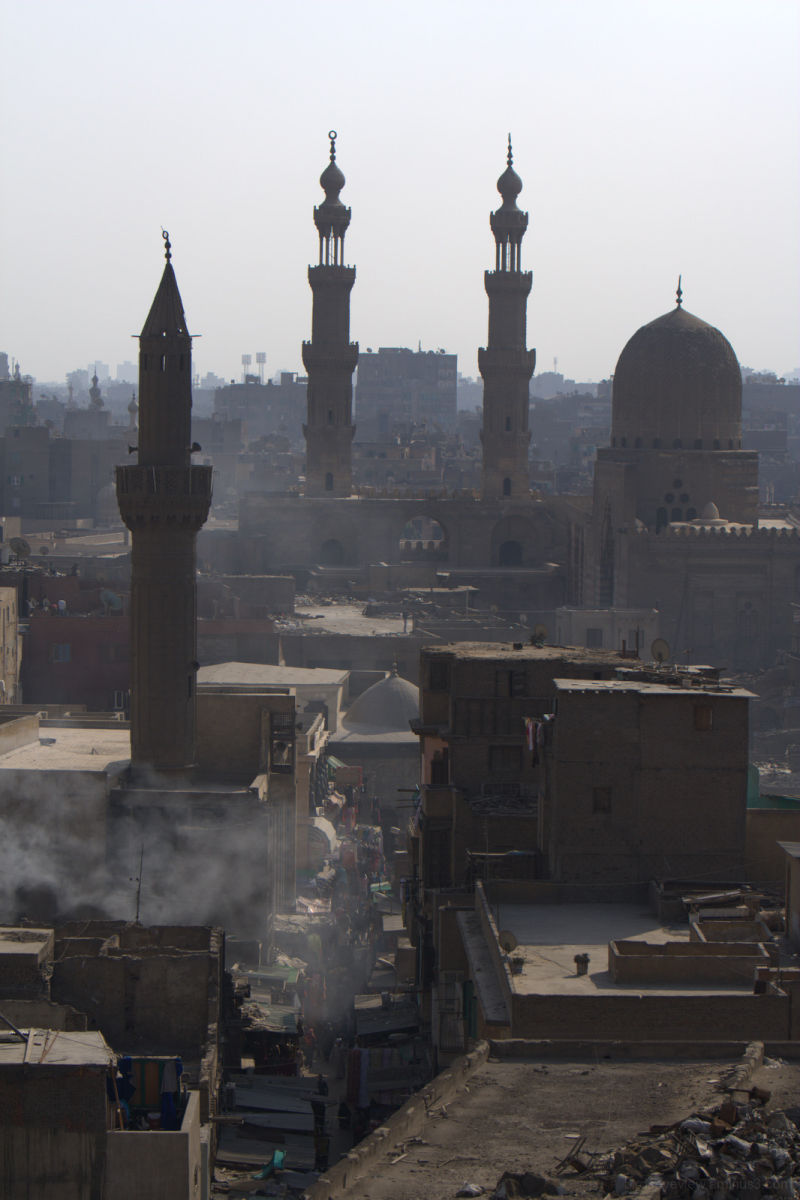 a view of islamic cairo

Really, as the guidebook says, all of Cairo is Islamic, but the east side of town is away from the downtown business rush and there are so many mosques here that it makes sense to label it this way. We took another wander down in this area - it's really nice, even if part of the market is all touristy (I enjoy markets) - and took a trip up the minaret of one mosque to get a lookout over the city. Beautiful, as one can imagine thousands of years of history, of religions being, well, maybe not born, but raised here. Ugly, as you can't miss the haze in the not-so-distant distance, the eternal honking of drivers below, and the unfinished building tops crammed with satellite dishes. I think Cairo does this balance well.

After, we sat and had tea, then had a guy who was a photographer show us around the local side of the market. It certainly seemed true - there were a lot more businesses that either catered to locals or made the things being sold over in the tourist market. The guy didn't demand a tip after - in fact, he left after many assurances that he wouldn't try to ask for one and was only practicing his English - and gave us a nice peek into a big more local life.