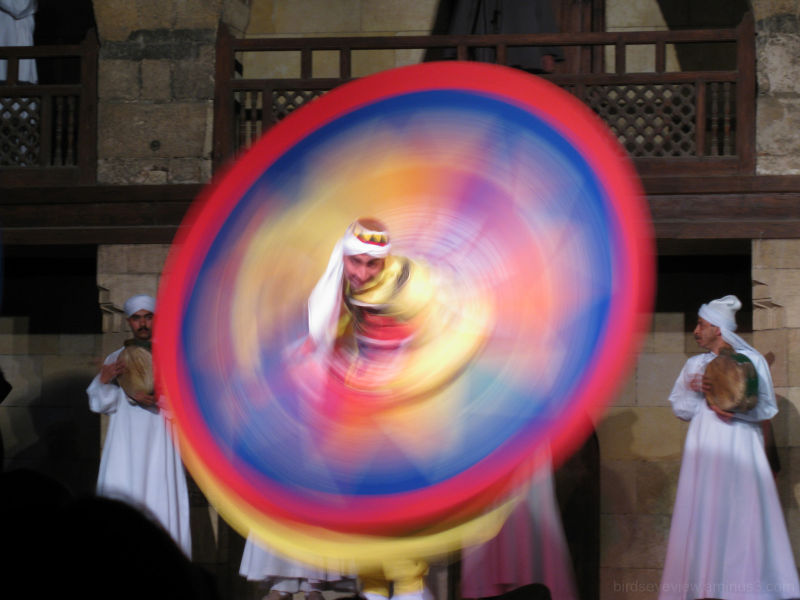 Posted by Ryan (Vancouver, Canada) on 27 February 2010 in Lifestyle & Culture.

Today was a full day. We finally felt a little more caught up on sleep, so we made our way into town, anticipating a full day. We started in Coptic Cairo - so named because that the strain of Christianity that survives here. Churches instead of mosques, and places thought to be included in the Bible. We saw a cave that Jesus, Mary, and Joseph supposedly hid in while Herod was busy killing first-born. We saw iconostases (uh, church altar screens?) that were towering and intricate. We saw cemetery crosses with Arabic on them. My favourite part, however, was after we were finished and were wandering around the neighbourhood, buying cheap food and talking with locals. Egyptian people can be really friendly sometimes, even when they're not trying to sell you something. We accidentally ended up ordering six falafel sandwiches instead of six falafel balls, but all was well - at least it was good falafel.

In the afternoon, we headed back to Islamic Cairo and sat for a tea in the market, listening to people talk and watching them smoke sheesha as the sun set. We got roped into visiting a papyrus painting shop, but they were authentic and quite beautiful, so we picked a couple up, then we joined the crowd to get into the Sufi whirling dervish concert. They're Turkish in origin, but we figured a free show here can't hurt to warm us up. The dancers were amazing - one guy spun continuously for half an hour, never stopping. Certainly a lot of devotion shown there! We sat entranced for an hour and half, listening and watching. It was a great night, a terrific end to a good day.