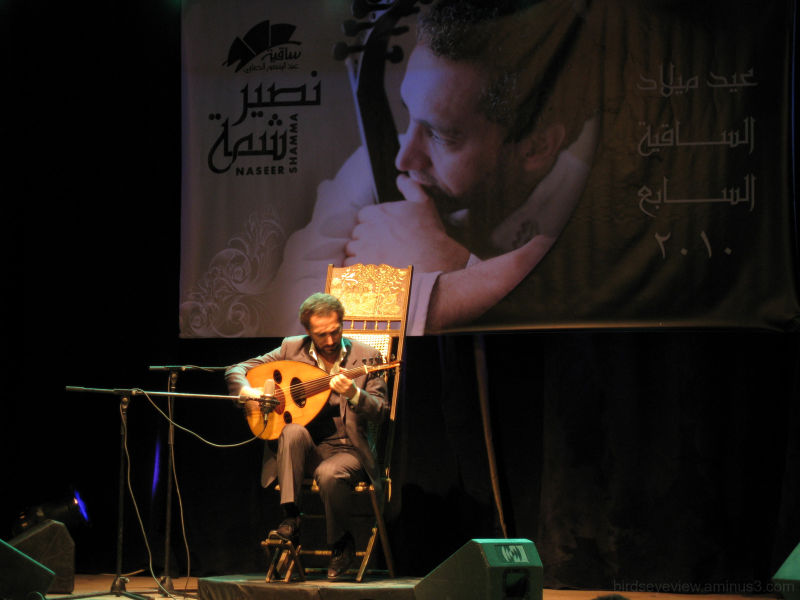 It being Friday - everything closes on Friday, the holy day here - and the Prophet's birthday, there wasn't much to do today, so we went to a very expensive brunch with our host and then took in an oud concert with a very famous oud player named Nassir Shamma. The oud is like a precursor to the lute and is often accompanied by other instruments like drums, strings, and the accordion. The concert was pretty terrific, it definitely sounded and felt Middle Eastern, but was soothing and relaxing.