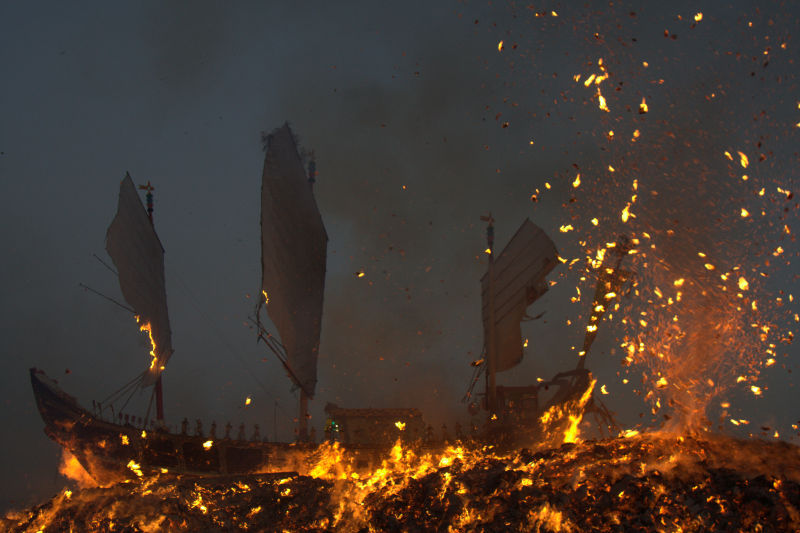 burning all the bad spirits

Posted by Ryan (Vancouver, Canada) on 17 October 2009 in Lifestyle & Culture.

Last night, as mentioned, I attended the Wang Boat Burning festival out in Donggang with a group of friends. It only occurs once every three years and we weren't around for the last one or the one before that, so this was a once-in-a-lifetime hit. Supposedly started for a Chinese naval officer in the 7th century who had saved the emperor's life, the boat takes six months to build and costs around $300,000US. It's beautifully decorated and after it finds its way down to the beach, there's a long ceremony for piling uncountable bags of spirit money (it almost circled the boat, which was 10 metres long, and was about 3 metres high and 2 metres wide) and raising the masts and loading all the bad ghosts and symbols and such. Just before sunrise, the fires are lit and the burning begins. Fire tornadoes fly upwards, carrying evils into the sky as the boat belches heat out at the photographers snapping away close by.