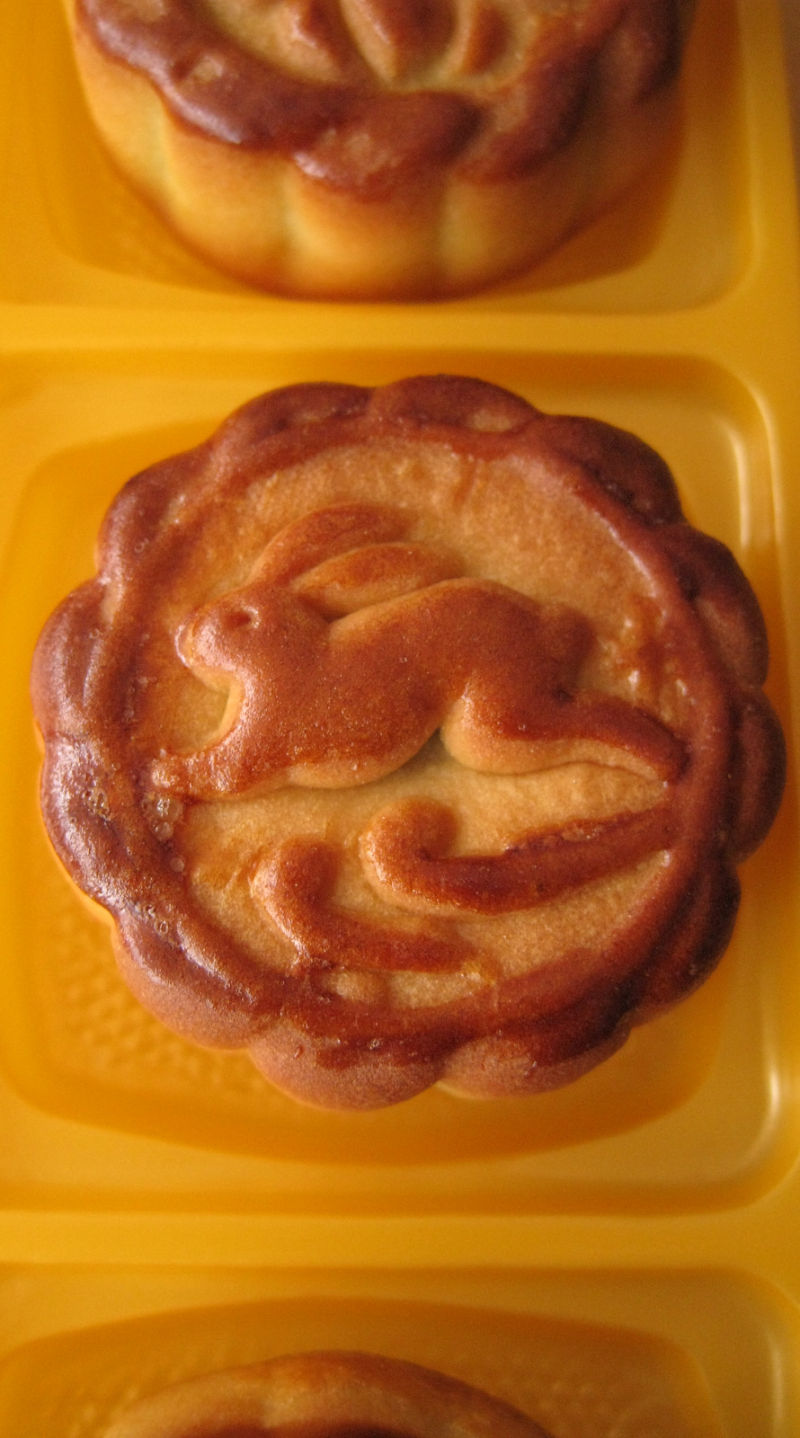 Mid-autumn festival is nearly upon us now and that means two things - BBQ and moon cakes. The BBQ isn't until next week, that wonderful day when pollutants in the atmosphere is increased something like 4x in one evening, but moon cakes abound right now. Any flavour you can conceive, including gross, can be found in moon cakes. Well, maybe that's an exaggeration, but you can definitely find gross. They're really heavy and terrible for you - I think six have a full day's equivalence of calories - but they're also quite tasty and a tradition.

These have a picture of a rabbit on them because one of the Moon Festival stories has a hare going to the moon, taken there by a flying princess, where he makes moon cakes. The end. Or the story about the rabbit who throws himself onto the fire as an offering for wise men in order to be a good host. Yeah, a little strange, but hey, tortoise and hare racing? Strange as well.