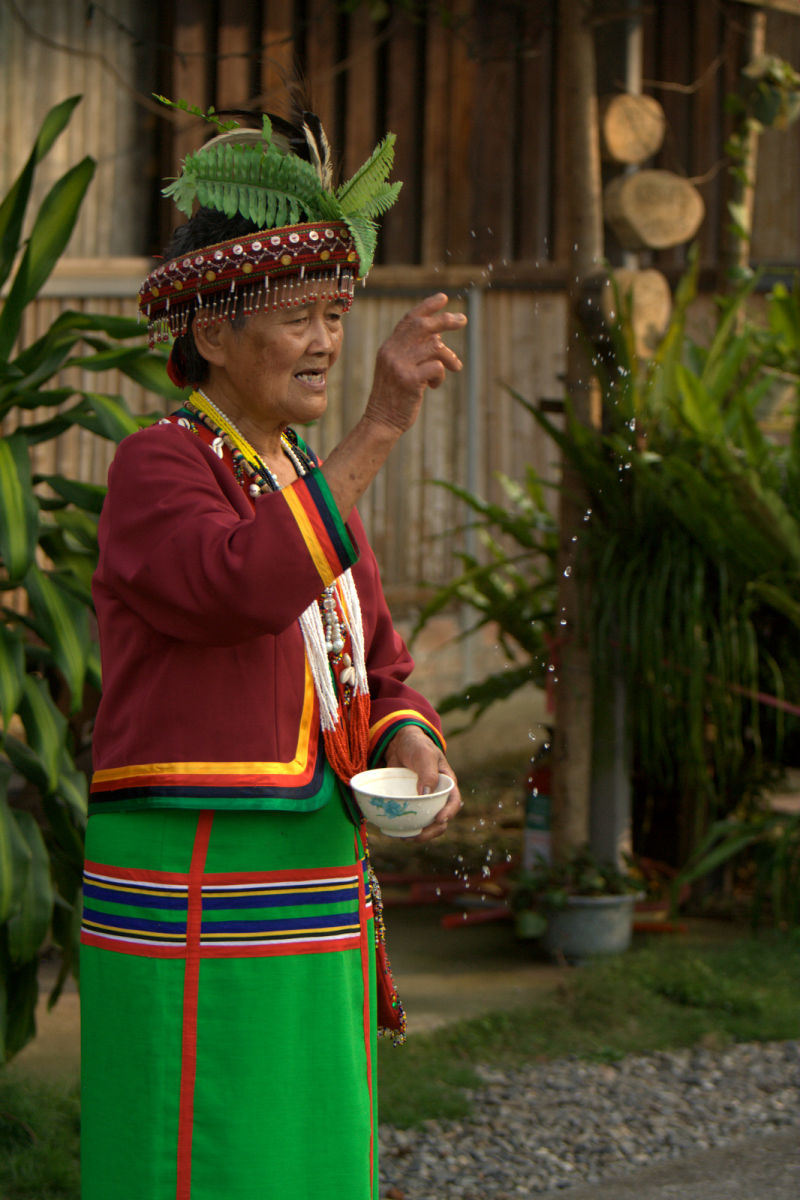 Posted by Ryan (Vancouver, Canada) on 21 September 2009 in People & Portrait.

After we came down the mountain on Saturday, we were in an aboriginal neighbourhood. This woman was going around giving blessings and singing aboriginal songs. The language sounded like it had tones like Chinese, but the similarity ended there. They use English letters to write their language, or at least explain the sounds. After the ceremony was done, she hopped on the back of a scooter and zipped out of there.