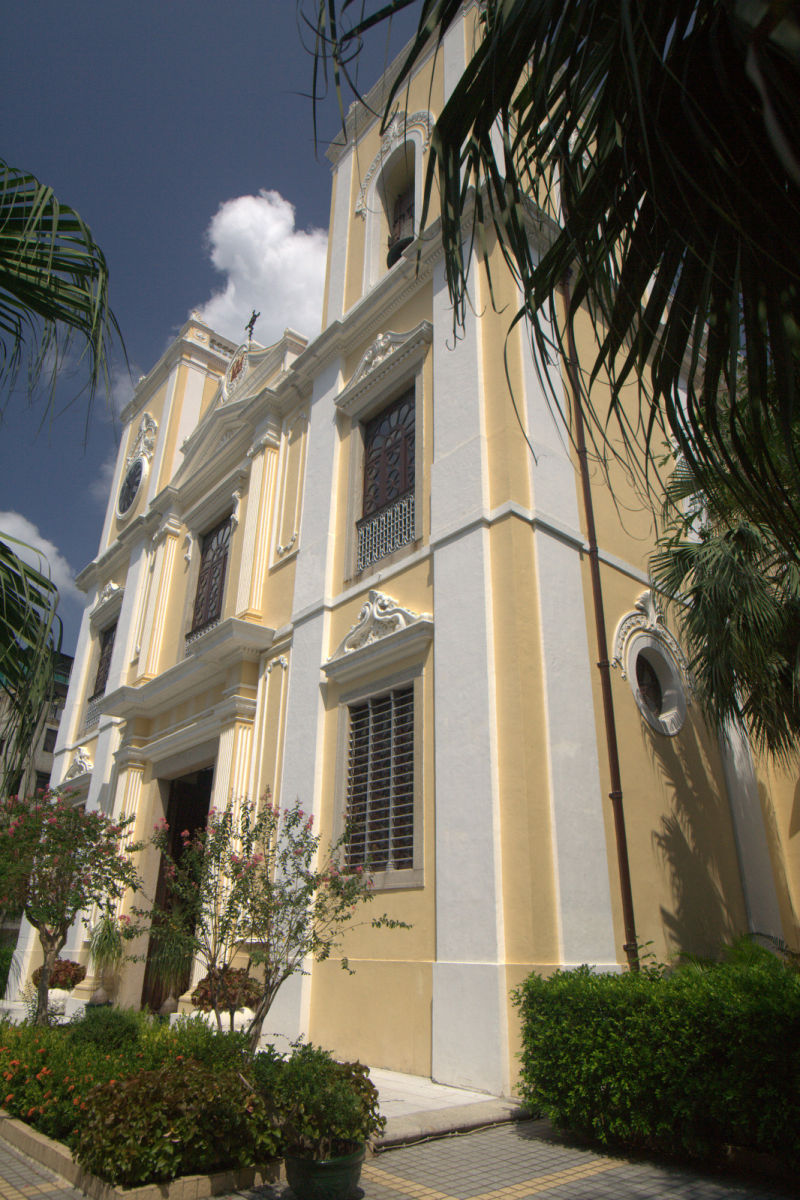 Posted by Ryan (Vancouver, Canada) on 5 September 2009 in Architecture.

You can't come to Macau and not see some of the Portuguese in the architecture: churches (it was the the original seat of Christianity in Asian), colours, Arabian-influenced window and door design. This is one of the three oldest churches in Macau. Quite pretty inside and out. There was a group of old Chinese women outside saying the rosary and singing hymns when we stopped for a rest.

@elysse: The churches did feel very South American, though I haven't seen Europe. I guess that influenced them too. A bit. :-)