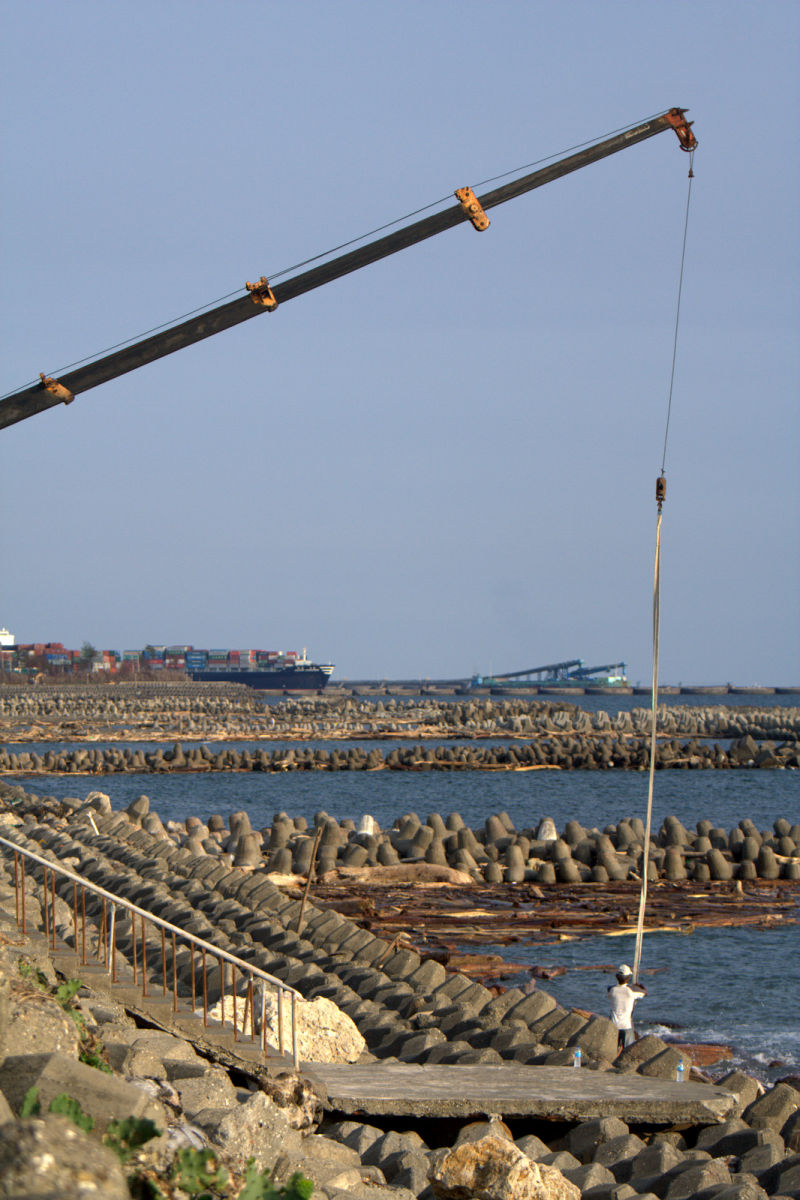 Posted by Ryan (Vancouver, Canada) on 30 August 2009 in Documentary & Street.

One thing that was a little surprising (and also not so much, when one thinks about it) is the amount of wood washed down to the shores after the typhoons. There were many landslides up in the mountains and all those trees that were washed out had to go somewhere, so they were washed out to the ocean and then pushed back to the shores. Millions of dollars in driftwood now line the coasts, expensive driftwood, often in stick form but enough trunks to make it worth for companies and the government to clean it up, store it, and sell it.

Last week, the paper said that $20NT million (approx. $700,000USD) worth of driftwood had been collected and the potential for up to $100NT million was out there. That's $3.5 million USD of wood! On the beach!

save some for me!! Just the nicely grained stuff.