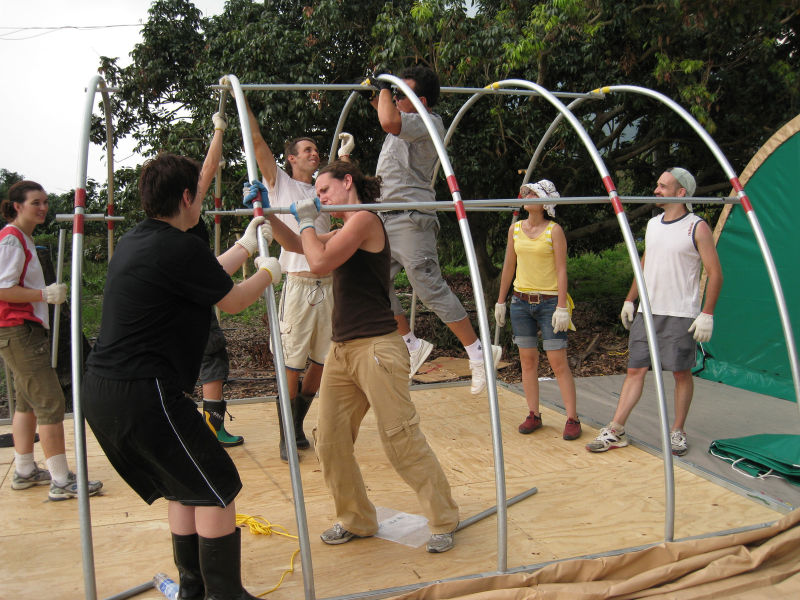 Posted by Ryan (Vancouver, Canada) on 29 August 2009 in Documentary & Street.

We went out again this weekend to help typhoon victims again. We went out with a church group, the same that Chris went with last week. The intention was to continue digging irrigation ditches, as the project hadn't been finished last week, but when we arrived, we were told that we had arrived too late in the morning and that no one wanted to take us to the work that needed to be done (yeah, that'll get you help in the future). We ended up working with a mystery group who were assembling temporary housing structures for people. They were nice and very competent, but they wouldn't tell us where they were from or how they came to be in Taiwan, other than that they were a group of concerned individuals who purchased these structures and helped set them up places that had humanitarian disasters. It was almost believable except they had two cameramen, a sound engineer, and a photographer with them. Who knows what they were up to in reality, but the work they did was good, so it balances out, I guess.