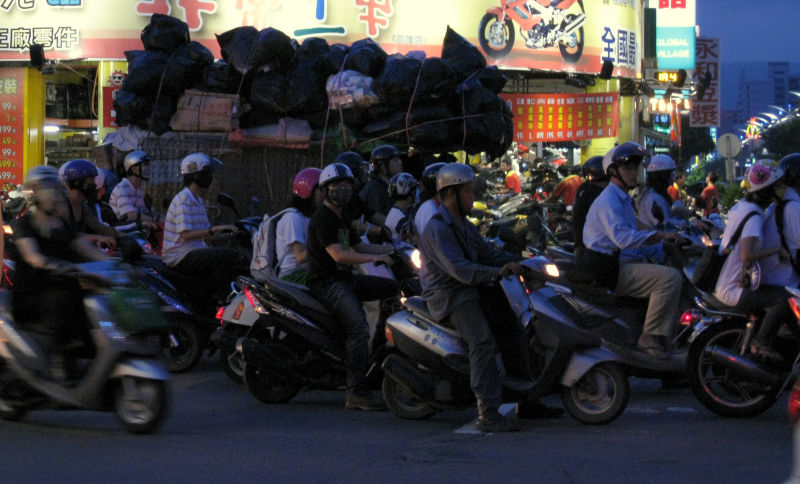 This isn't the best picture, but it's hard to catch this shot at a good time and I want to share it. See the giant hill of garbage bags in the middle of the crowd? That's some guy on his motorcycle with an add-on, carrying who-knows-what with him. You see these every now and then, puttering through traffic and taking up a whole lane, more often than not spewing smoke into the air. Ah, the diverse makeup of Kaohsiung traffic...