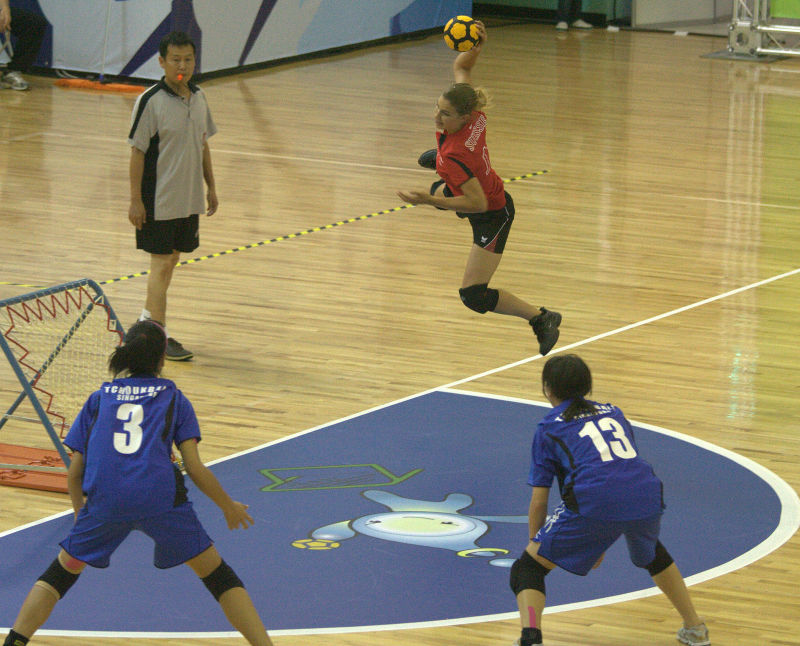 Today was the other ball sport that I had been making fun of - tchoukball. I left still making fun of it, though I still think it might be interesting to play. The possessors of the ball have three passes to get the ball to a small trampoline set up at a 55* angle. They throw the ball at the trampoline and hope that the other team doesn't catch it. If it is caught, no point is gained, but if it is missed, point! The defending team can't actually defend or intercept, they're just supposed to catch the ball. It was created by a guy who wanted to promote the positive aspects of sport (team work, physical exercise, character building) while eliminating the horrible injuries he was seeing other sports inflict. It was OK. Physically challenging, anyway. I'd play it for fun. Actually, it's hugely popular here in Taiwan - one of my students played last year at his junior high school, and Taiwan took both men's and women's gold medals. Go Taiwan!