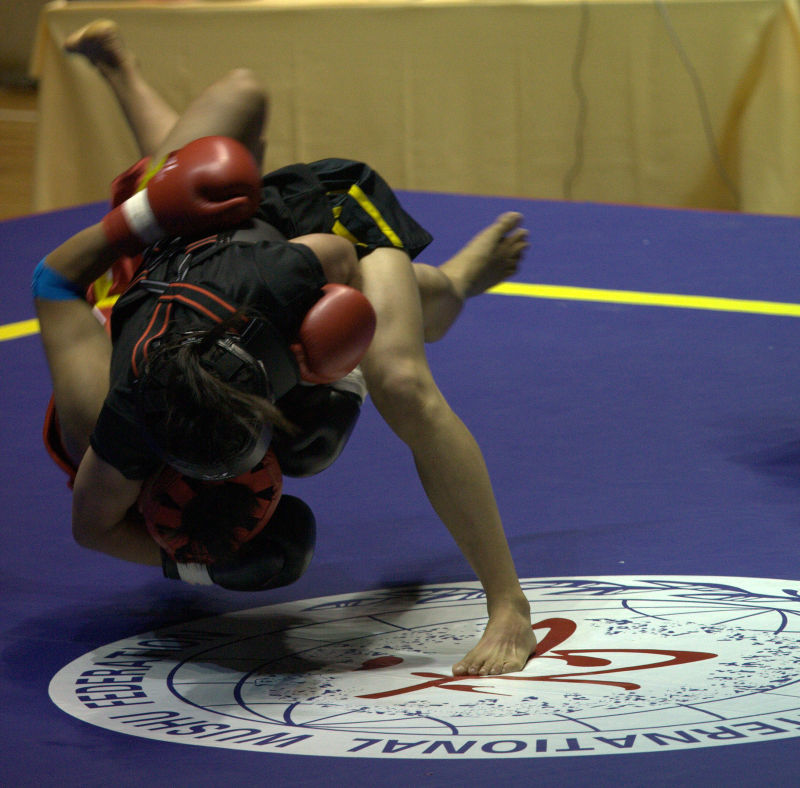 now that's a how-do-you-do for you

Back to World Games! Tonight I went to Wushu (kung fu), one of the invitational sports this year. I missed the forms, as they were during the day, but I did catch the sparring, which was in the evening. It started out a little dull - the guys were very weary of each other and didn't take many chances - but the girls were vicious! There were some good punches and kicks, and the Russian guy (not the picture shown here) got an elbow in to the Taiwanese competitor's head. He was down and out. My kung fu instructor always said that everything after an elbow is window dressing, but I saw how absolutely true it was tonight.