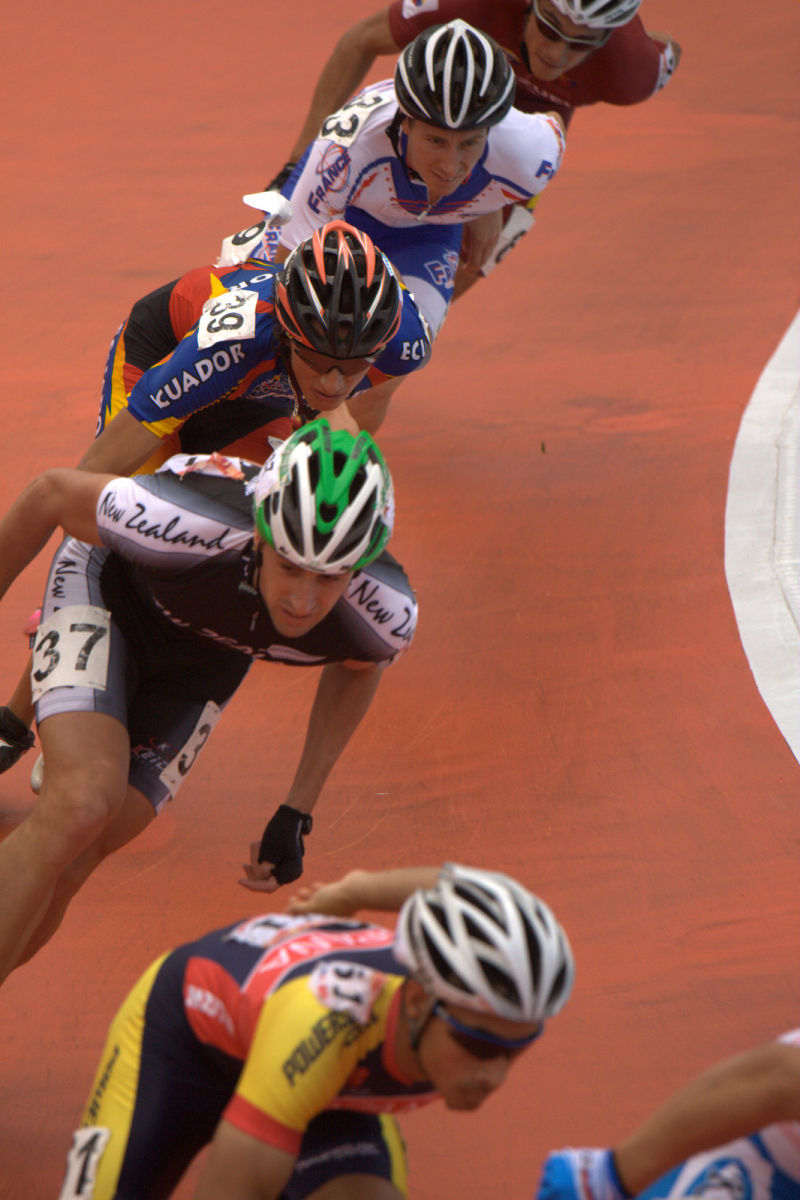 I was up early for my longest day of sports (three in all today). I can only post one picture, though, so that will be the first event I saw (the rest will come later on). Most of it was rained out - one woman slipped on the track, which hurts a lot at the speeds they go - but the sun came out eventually and I got a few good shots.