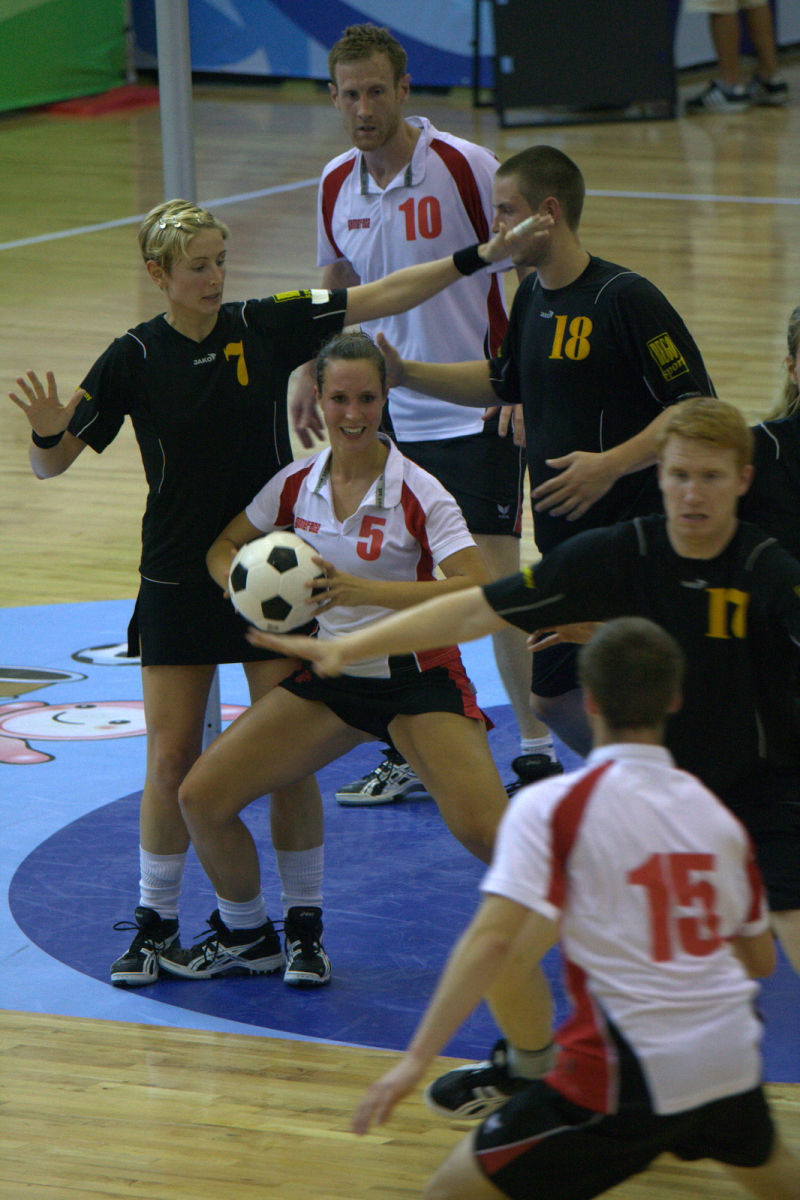 Well, the World Games are finally here, well-planned or not! The opening ceremony was last night, which Chris scored a seat to, and I guess they were pretty cool, though not exactly big-scale (which you would think they would want in a huge auditorium) - at one point there was a puppet show! Very Taiwanese (they have them at temples all the time), but very small.

Anyway, on to the sports. My first sport was korfball, which I'd been making fun of for as long as I'd known about it. It just looks and sounds ridiculous, though to be honest I had a hard time figuring it out from the rules. It's kind of a mix between basketball (with no backboard) and ultimate frisbee. No running with the ball, no dribbling (though sometimes it's permissible if going for a layup, I think), men and women play at the same time and cover someone of the same sex, teams are divided into two subteams, each on one side and each unable to cross the middle line during play. Very egalitarian.

I enjoyed it a lot - didn't want to leave. Lots of running, good action, LOTS of skill needed, and it just looked like fun. I have plans for the Canadian Korball League. That's right, the CKL will replace the CFL.

A fun start to the World Games! More to come!