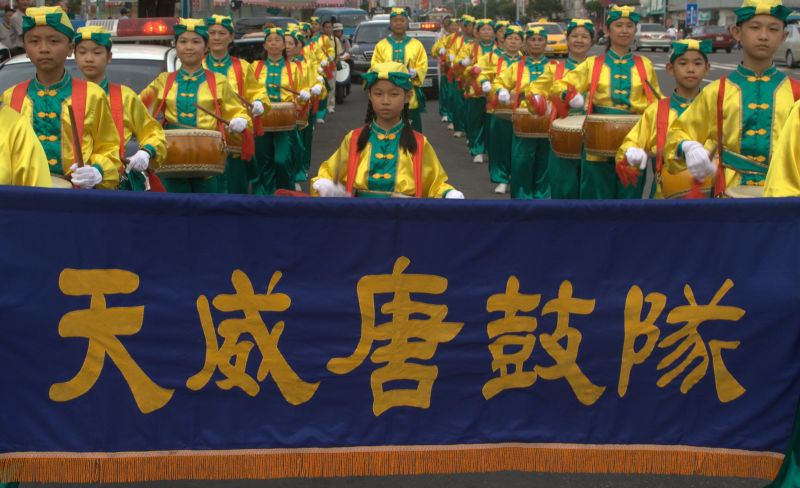 We interrupt this Hengchun beauty week with a march. Driving downtown I encountered the local section of the Falun Gong three times in different parts of the city. They were holding a big demonstration. At first I thought it was to coincide with the World Games, but I read later that it was a big anniversary for the organization. Hm. Ten years last Friday that they began being persecuted by the Chinese. Maybe it was both? They were quite nice marchers - great costumes, music, dancing, peaceful.