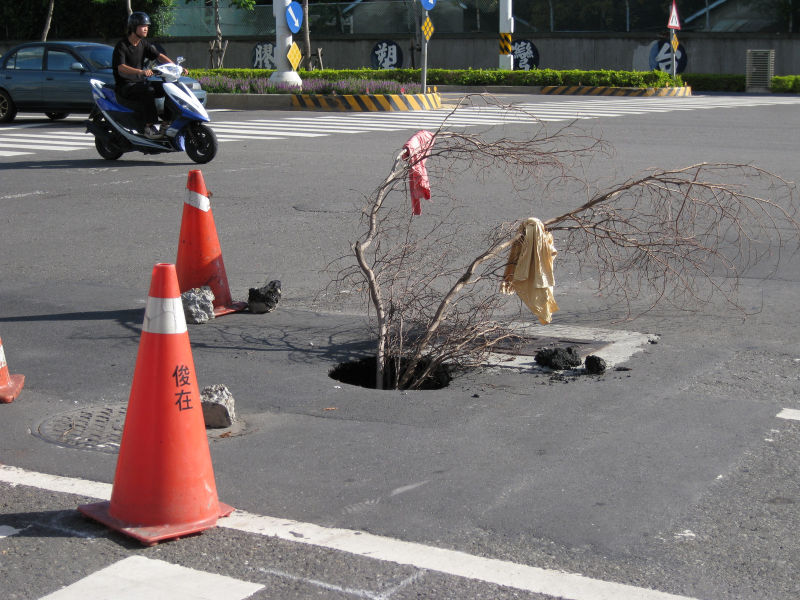 According to traffic regulations, to denote potholes, you are supposed to place a nearby branch in the pothole. This is one of the questions on the driving test that foreigners always get a kick out of - not report it, not avoid it, place a branch in it. It does seem funny, but really, it makes sense. Do you call in potholes otherwise? I don't. No one is going to stop by city hall or a police station to let them know. This way, everyone knows about it (a city worker has come later and placed cones around to help, possibly alerted by the branch) and can avoid it.