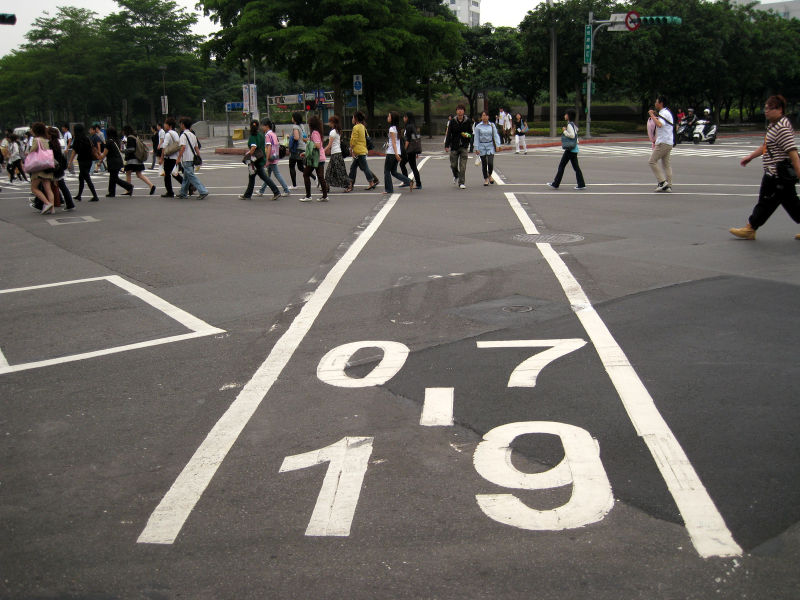 I've never seen this before, only in Taipei. There are three changes of lights instead of two and during the third - the pedestrian light - people can actually cross diagonally to the opposite corner. It's not at every intersection, but I still think it's a terrific idea at really big intersections.

they used to have these in certain intersections in Saskatoon - called "scramble corners". When lights were red in all four directions the walk light came on. Taken out in the 80's due to traffic increases.