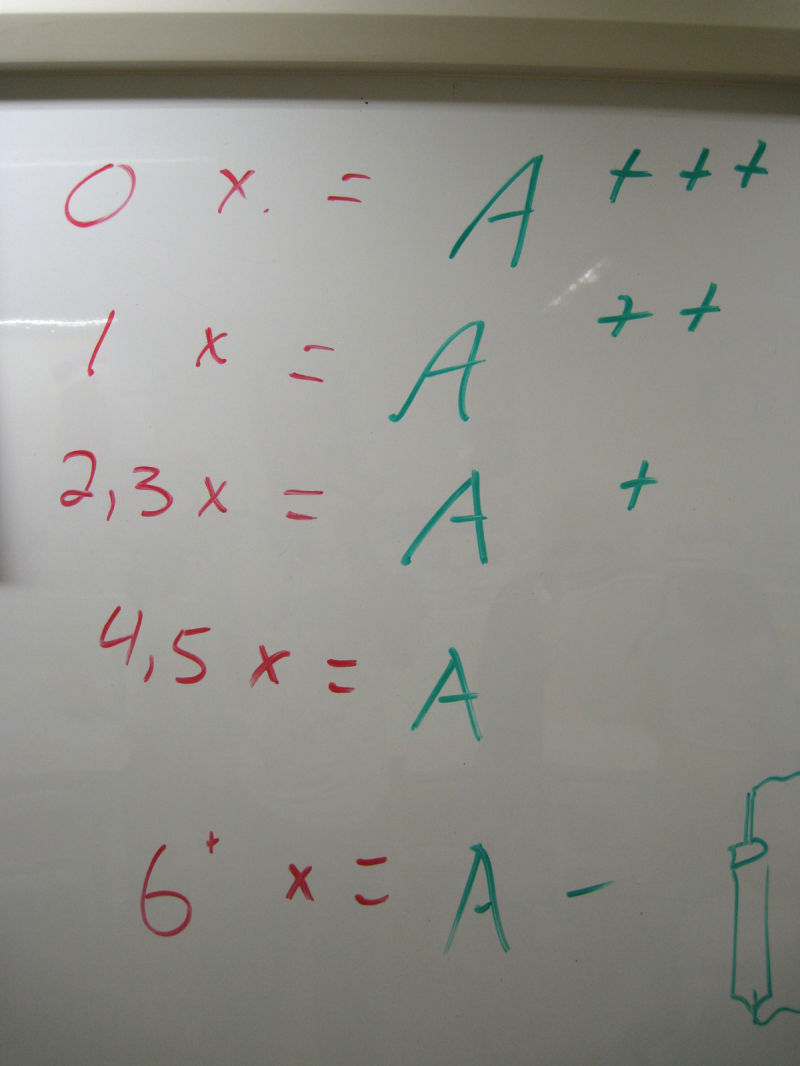 Posted by Ryan (Vancouver, Canada) on 29 April 2009 in Miscellaneous.

This is the way our school operates. We're a kindergarten and they're testing the kids (even Chris's class of three- and four-year-olds!). However, the parents don't like to see that their kids get anything less than A's, so we grade on an A scale: triple plus, double plus, single plus, no plus, and the dreaded A minus.