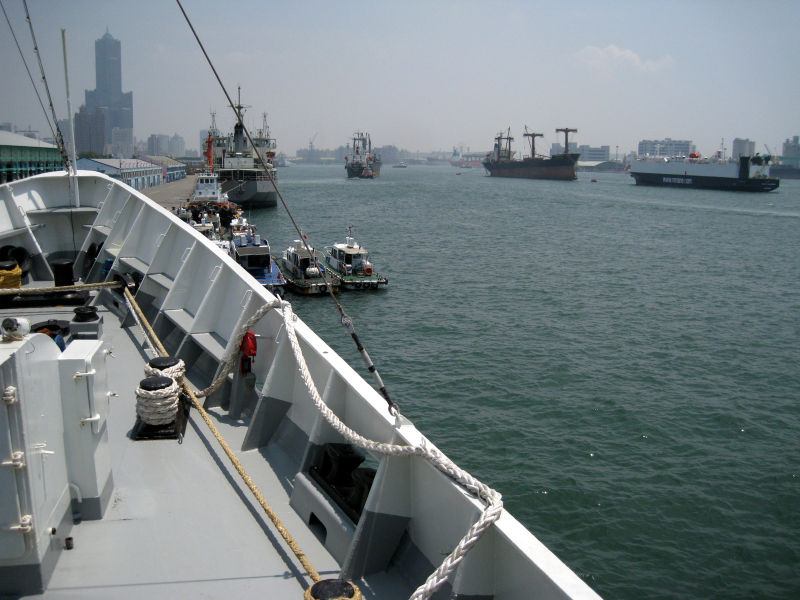 view from the doulos

We went down to the Doulos today, a Christian missionary boat that sails the world bringing books and the word of God. It was built two years after the Titanic and is the oldest seafaring vessel still around. It's set to retire next year, so we wanted to check it out. Mostly religious books and general fare, but it was just neat to be on board. It's actually in pretty good shape, all things considered. Christine met with a crew member last week through her Spanish teacher, so we hope to go back next week and meet with her again.