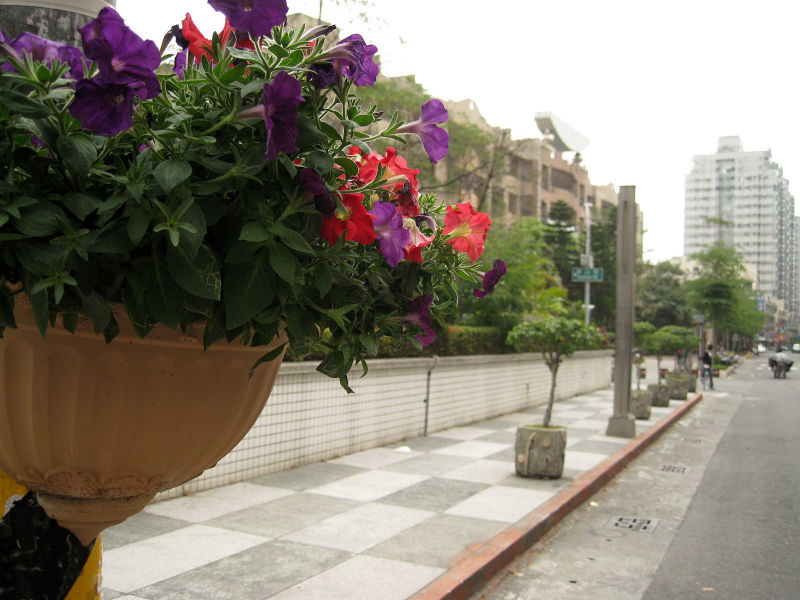 Posted by Ryan (Vancouver, Canada) on 1 April 2009 in Documentary & Street.

Before we came back here, I had been in love with Buenos Aires's green plazas, the little parks that dotted the city and offered some shade and green to relax in. I had imagined Kaohsiung as a concrete jungle, all greys and browns and sooty colours.

However, as Christine has pointed out while we've been here, there is an extraordinary amount of greenery here. There are trees and grass and flower pots and vines and flowers almost anywhere that they can be planted. People often have little bits of greenery outside their home, big office towers often have small gardens or parks next to them that they plant and maintain, there is a plethora of public parks around, usually with play equipment for children - we have two within walking distance of our school - and the city even does small things like this pot of flowers on a traffic light. It's quite nice, actually, especially as we live in a sub-tropical environment and there is a large variety in what can grow.