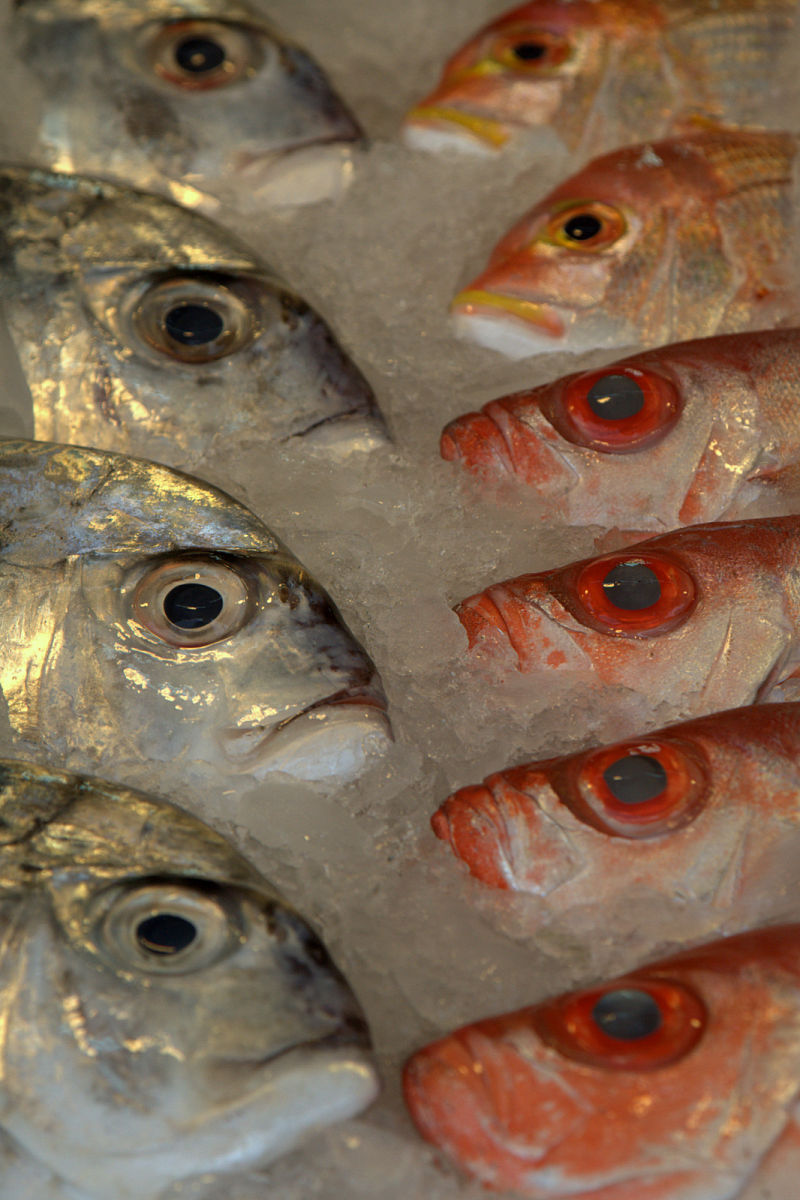 face to face with fish

We took an afternoon stroll out on Cijin Island today, a small island out in the harbour of Kaohsiung that people love to go over to on the weekend for something different to do. Pedicab rides, nazi flags for sale (the store is an old standby), ubiquitous midway games, squid on a stick - it was all there. Being right out in the harbour, fresh fish is abundant on Cijin. It also has the oldest temple in Kaohsiung, dedicated to Matzu, the goddess of the sea.